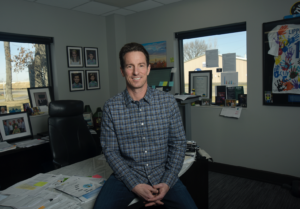 Jason Lippert has been nominated for Entrepreneur of the Year award

EY today announced that Jason Lippert, CEO of Lippert Components Inc. (LCI), is a finalist for the Entrepreneur Of The Year 2018 Award in the Midwest.

According to a press release, the awards program recognizes entrepreneurs who are excelling in areas such as innovation, financial performance and personal commitment to their businesses and communities. Lippert was selected as a finalist by a panel of independent judges. Award winners will be announced at a black-tie gala on June 13 at Navy Pier Grand Ballroom in Chicago.

“It is such an honor to be included among this outstanding group of finalists,” said Lippert. “As LCI continues to grow, it’s never been more important to laser-focus on the company’s biggest internal initiative, making LCI a place where every team member truly feels like he/she is a valued part the team. We want our team members to feel a deeper sense of purpose at home, at LCI, and within their community.”

Now in its EY 32nd year, the program has expanded to recognize business leaders in more than 145 cities and more than 60 countries throughout the world.