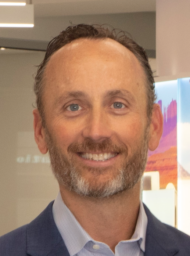 Schnur started with LCI in 1996 and was responsible for spearheading many of the company’s early technological advances. Schnur’s teams worked to implement LCI’s first Enterprise Resource Planning (ERP) system and several other critical technologies, such as Materials Resource Planning (MRP), Electronic Data Interchange (EDI), Advanced Engineering Systems, Customer Resource Management (CRM), and call center technology, all platforms which have helped spur LCI’s growth over the years and helped support the company’s position as an industry leader. Throughout his tenure with the company, Schnur has helped build and lead several teams across the organization, spanning technology, engineering, and customer service.

“Jamie has been instrumental in LCI’s success over the last two decades. His knowledge of the company, our industries, the people, and processes, as well as his invaluable leadership, have helped us become the company we are today. Jamie is a trusted leader at LCI and has witnessed LCI’s transformation from a small privately held company to a multi-billion dollar public manufacturer,” said Jason Lippert, LCI CEO and president. “We’ve already accomplished so much with our aftermarket division in such a short period, and we are ready to take our aftermarket division to the next level. We have dedicated leaders on all of our teams who are responsible for that transformation. I have the utmost faith that Jamie can lead this charge in our aftermarket division.”

“I’m thankful for the opportunity to lead such an important initiative for LCI and honored to continue to serve all areas of the organization. The aftermarket division is one of the largest opportunities for growth at LCI,” said Schnur. “I have been responsible for technology and team building at LCI for my entire 23-year career here. I am excited to align our resources and push our leadership to make our aftermarket division the best it can be.”