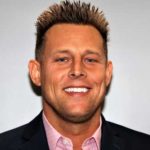 Lippert Components Inc. (LCI) announced that Ryan Smith has been promoted to senior vice president of sales and operations.

According to a press release, Smith previously held the position of vice president of LCI’s interior division. In his new position, he will oversee all sales and operations for the over 60 divisions that comprise LCI Industries, North America.

Smith’s entire professional career has been spent in the RV and marine industries, beginning with Seating Technologies, a Goshen, Ind.-based furniture manufacturer, immediately after graduating from Indiana University South Bend (IUSB). After LCI acquired Seating Technologies in 2008, Smith’s role pivoted to sales, and ultimately, operations and product development for LCI’s newly formed interior division. Over the next 10 years, Smith helped organically grow the division from $30 million in 2008 to over $300 million in 2017.

“My entire career has been spent within LCI’s operations while building relationships with our key customers. This is what I know, and this is what I am passionate about,” said Smith. “Over the last five years, I have been blessed to be part of the cultural transformation that we’ve experienced here at LCI, and I am excited to step into this leadership role and help keep this momentum going. LCI has a very talented sales and operations teams, and I’m excited and honored to work with them.”

Jason Lippert, CEO of LCI, added that Ryan’s in-depth knowledge of product innovation, sales and operations perfectly suit him for this role. “Ryan brings an incredible passion for building great teams, product innovation and building great customer relationships,” said Lippert. “His track record at LCI speaks for itself. I know he will excel in this new role, and I am excited to see how his unique big-picture perspective will continue to fuel LCI’s tremendous growth.

“I am proud of Ryan in many ways, especially in that he has played a key role in helping launch and support our Everyone Matters work culture transformation.”