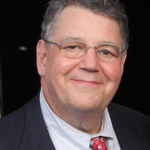 Pate Rawak, 69, a longtime Airstream sales executive and a well-known figure for years within the U.S. RV community, passed away on Aug. 10 in Silver Spring, Md.

A Philadelphia native, he was one of the original sales executives during the formation of Thor Industries Inc., joining company founders Wade Thompson and Peter Orthwein along with senior executives Walt Bennett and Larry Huttle after Airstream’s 1980 purchase from Beatrice Foods.

Rawak retired in 2012 after 33 years with Airstream, holding positions as vice president of sales and Eastern regional manager. Prior to Thor, he worked for the Jeep division of American Motors.

“I have directly managed in my 45-year career hundreds of managers in the auto and RV industries, many who were nondescript types, mostly followers,” Larry Huttle, who served as executive vice president, president and chairman for Jackson Center, Ohio-based Airstream, told RVBusiness. “But Pate was different. He used his insight, intelligence, wit and knowledge to serve as a foundation of career-building dealers and their employees. Airstream is the recipient of that legacy today without knowing his impact by today’s beneficiaries. I am proud to have had Pate as a trusted friend and colleague.”

Airstream President Bob Wheeler offered, “Pate was larger than life in every way, and did great things for Airstream over many years. Some of my funniest Airstream stories that I still tell today were either told by Pate, or were stories where he was the main character. Airstream is a better company with Pate having been a part of it, and our thoughts and prayers go out to his wife, Lynn, and the rest of his friends and family during this difficult time. Pate will be missed here at Airstream.”

Rawak, a graduate of Babson University in Boston, Mass., is survived by his wife Lynne, two children, Christine and Melissa, and four grandchildren.

“He was a husband, a father, a grandfather, an uncle, a cousin and had many dear classmates and friends that all meant so much to him,” Lynne Rawak observed. “He was a confidant to many people. Pate was a person who loved feeling a connection to others through his laughter and honesty, and we can’t forget his furry pals, the current one being faithful Bob.”