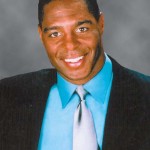 This year’s Red Carpet Breakfast at America’s Largest RV Show in Hershey, Pa., will include a meet-and-greet with former Heisman Trophy winner and NFL Hall of Famer Marcus Allen, who will deliver the keynote address at the Sept. 11 event.

According to a press release, the breakfast is slated to begin at 7:30 a.m. at Chocolate World in the Giant Center with the meet-and-greet scheduled for 9 a.m. Autographed photos, helmets and footballs will be available for purchase with proceeds going to the PRV PAC. The registration fee is $25.

Allen played more games (222), rushed for more touchdowns (123), and caught more passes than any other running back in his era. The former MVP of Super Bowl XVIII and NFL Rookie of the Year was inducted into the Hall of Fame on August 3, 2003.

He began his NFL career in 1982 and played 16 years with both the Oakland Raiders and the Kansas City Chiefs. During that time he posted 12,243 yards rushing, 5,411 yards receiving and scored 145 total touchdowns. At the time of his retirement he was the only player in NFL history with over 10,000 yards rushing and 5,000 yards receiving.