By: RVBusiness|Published on: May 18, 2015|Categories: Today’s Industry News| 0 comments 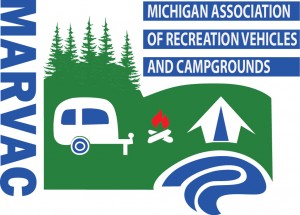 Editor’s Note: The Michigan Association of Recreation Vehicles and Campgrounds (MARVCA) in its latest newsletter to members printed the following communication issued recently by Vice President of Travel Michigan David West examining proposed legislation that would cut funding to the “Pure Michigan” campaign. West states that, if enacted, the legislation would “dramatically impact Michigan tourism in all segments of the industry.”

“A road funding plan announced this week by Michigan House of Representatives leadership proposes to raise revenue by slashing approximately $185 million from the Michigan Economic Development Corporation. This would affect all economic development programs and eliminate the “Pure Michigan” campaign.

Michigan’s tourism industry is one of the strongest pillars in our state’s economic foundation. According to Tourism Economics, 113.4 million visitors spent $22.8 billion in Michigan last year and directly supported 214,000 Michigan jobs.  The “Pure Michigan” campaign directly influenced more than 4.1 million trips to the state by out-of-state visitors in 2014, according to Longwoods International.

While quality roads and transportation infrastructure are important to a thriving economic climate, now is not the time to drastically cut or jettison critical economic development initiatives like “Pure Michigan.” We would no longer have the ability to showcase our state to a national and global audience, fuel new growth, or create new jobs. Other states are ramping up their tourism promotion efforts and are determined to take visitors, dollars, and jobs away from Michigan. We are aggressively working to educate the legislature to help them understand the value in the work that we do so that we can continue to help accelerate Michigan’s economic comeback.

MARVAC stated, “As the legislature continues to debate this proposal in the coming weeks, MARVAC staff and public affairs associates, the association’s lobbying representatives, will monitor its movement. We may need our members to contact their legislator to advocate in favor of the plan put forth by the governor. Today, our tourism industry and Pure Michigan brand are stronger than ever. We might need to act, or risk losing what we have collectively worked so hard to build over these past 10 years.