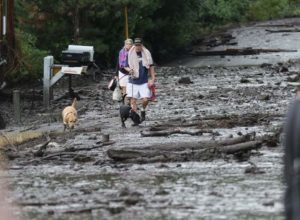 Mary Arlington, executive director of the Colorado Campground and Lodging Owners Association, said that wildfires and follow-up rain have had a “negative impact on tourism in many parts of Colorado.”

“While nearly all campgrounds have not been closed or evacuated this summer, 2018 cancellations have been off the charts,” Arlington told Woodall’s Campground Management (WCM), sister publication to RVBusiness.

While wildfires have been burning in Colorado for months, destroying thousands of acres of land, according to The Denver Post, heavy rain on Tuesday (July 17) caused even more damage in Durango, Colo., as mudslides forced the evacuation of the Durango North/Riverside Kampgrounds of America (KOA), in north Durango.

The mudslides were caused in part because of the 416 wildfire which has been burning near the area since early June.

“The fire was the first threat that caused countless cancellations during this always too short camping season,” said Arlington. “The smoke then deterred many more from traveling to the area.”

U.S. Highways 550 and 160 were closed for a period of time due to the mudslides, but were reopened, which is a good thing for the small communities and campgrounds in the area, noted Arlington.

“In this mountain area, where roads are scarce, U.S. Hwy. 550 is of utmost significance to the businesses between Durango, Silverton and Ouray,” she explained. “These small communities can be paralyzed without Hwy. 550 and all of the businesses suffer greatly with the surge of negative conditions.