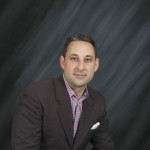 Go RVing Canada announced today (March 23) the appointment of Christopher Mahony as the new executive director of Go RVing Canada. According to a press release, Mahony brings in “a strong presence, credibility and adeptness in collaborating with all levels of management, media, stakeholders and the public.”

“Go RVing Canada is thrilled to have Christopher join our team in the role of executive director,” said Jeff Hanemaayer, Go RVing Canada chairman. “Christopher’s broad business, association and communications expertise, along with his enthusiasm for the RV lifestyle, will bring in a whole range of exciting new ideas to the table.”

Mahony joins Go RVing Canada from his most recent executive director role for the International Confectionery Association. The release stated that he is a strong leader in managing and maintaining marketing strategies with ad agencies and PR firms. In addition, he holds 10 plus years of board experience with national associations.

“I am delighted to join Go RVing Canada in my new role,” said Mahony. “I have had a long-growing passion for RVing which began when I first drove across Canada in 2001. I am very much looking forward to continuing to showcase the fun, freedom and flexibility associated with RV travel – and not only that, it is incredibly affordable.”

The Go RVing Canada coalition was formed in 1997, and consists of RV manufacturers, RV dealers and campground operators. For more information, visit www.GoRVing.ca.