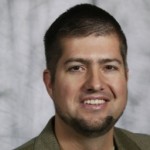 Expansion plans are well underway for Nappanee, Ind.-based Newmar Corp., including a larger paint shop at its manufacturing complex as well as a new 50-bay customer service center on the east side of town.

Newmar is making a $5 million real property investment and a nearly $3 million personal property investment, according to a report by The Goshen News, including manufacturing equipment, logistics, distribution equipment and informational technology equipment. The company expects to add at least 13 full-time positions, which helped qualify the Class A manufacturer to receive a five-year tax abatement for the project.

Newmar President Matt Miller told RVBUSINESS.com that various paint booths are being relocated into the newly erected paint shop facility, already in use in a limited capacity, which connects two existing facilities.

“What’s nice about it is when we take the unit into the paint prep area, the unit will not leave the climate-controlled environment until it’s completely finished with the paint, clear and dry processes. We used to have to take it outside and plastic tarp it, so this expansion will improve the flow and the quality of our production process a lot,” Miller said, adding that the project is expected to be completed in another six to eight weeks.

Miller said the new customer service center, located at 1301 Stahly Drive, should be up and running sometime in April. The project involves an existing 50,000-square-foot facility and an 80,000-square-foot expansion.

“We’re increasing our service capacity by about by 30%, and moving into a bigger building,” he said. “All our service, parts and aftermarket support will all be in one facility on the east side of town. The customer lobby will be first class, like nothing we’ve ever had before. It’ll be awesome.”

A beneficial side effect of the new customer service center is that it will free up some production space in current operations. The result is a bump in production, Miller said, which can only help reduce the company’s lead time, which had grown to the point where the manufacturer chose not to display at last year’s Elkhart RV Open House. As Miller said, it would have been inappropriate to tell a dealer in September that he couldn’t expect delivery until next July.