'NIRVC' is Adding a Fourth Location in Las Vegas 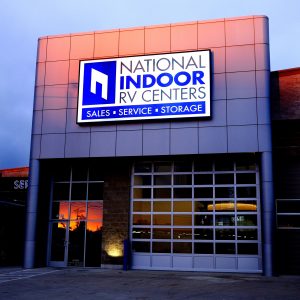 National Indoor RV Centers (NIRVC) announced today (Feb. 13) it is continuing its expansion by opening the company’s first location in Las Vegas. According to a press release, NIRVC plans to open the Las Vegas location for business in late 2018 with a temporary location for a sales and service center while the company acquires land for a permanent storage facility.

The company operates three other locations in the U.S. in Dallas (Lewisville), Texas, Atlanta (Lawrenceville), Ga., and Phoenix, Ariz., with plans to grow to “ensure all RVers are within five hours from an NIRVC location, no matter where they live or travel,” the release stated.

“NIRVC was founded to take the hassle out of RVing,” said Brett M. Davis, founder and CEO of NIRVC. “Our vision to create a network of service centers in the travel patterns of high-end coach owners led us to expand westward and we are excited to announce Las Vegas as our fourth location. We knew our network must be convenient and accessible to not only the people of Nevada, but also to other areas on the West coast including California, where more motorized RVs are sold and registered every year than any other state. Nevada’s business-friendly environment made Las Vegas the perfect place for our next location in the West.”

NIRVC was founded in Lewisville in 2009. Davis bought his first RV in 1985 and soon after became an avid RVer. During that time, he saw a lack of adequate and convenient RV storage options and the complicated and lengthy process of getting the RV ready for use again. 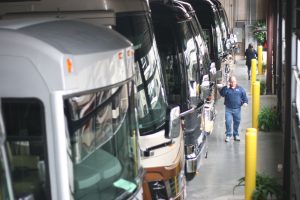 Extensive market research studies showed there was a huge opportunity in this underserved market and Davis founded NIRVC. From the outset NIRVC offers service, storage, paint, wash/detail and valet services, and eventually grew into sales based on consumer demand.

“Service has always been the ‘hub of our wheel’ and now that we’ve established a successful service model, we’re ready to accelerate the rate at which we’re building the remainder of our network,” said Shaun Huxford, COO for NIRVC. “With each new location and expansion, we renew our commitment to deliver a hassle-free ownership experience to our growing family of RV enthusiasts. Our strategy is to build a nationwide network so that no matter where RVers live or travel, they will never be more than five hours from one of our locations.”

According to Hal Kendrick, co-founder of NIRVC, plans are also underway to expand the storage and service capacity at the flagship location in Lewisville. The customer base has grown dramatically since the first service center opened there in 2009, and expansion is necessary to keep pace with the growing demand. NIRVC is also expanding its temporary location in Phoenix while the company looks for a permanent site. “Starting in 2019, we plan to increase our pace toward reaching the ultimate goal of operating a national network of service centers by opening two locations per year,” said Kendrick.