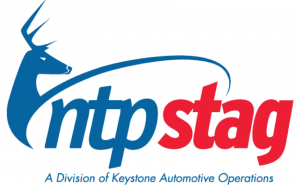 NTP-STAG’s 2015 “The Expo” opens today (Feb. 3) in Las Vegas, the second year in a row NTP Distribution Inc. has convened its annual RV dealer event at the Venetian Hotel and Casino and the adjoining Sands Convention Center.

It’s also the second show in two weeks for NTP-STAG, a curious coincidence that predated the merger of the two largest distributors in the RV aftermarket space with the acquisition of Stag-Parkway Inc. by NTP parent Keystone Automotive Operations Inc.

The exhibitor list is just as robust as the 2014 NTP Expo with 160 companies showing product. Organizers are also expecting that by the time the Expo wraps up on Thursday, overall attendance will break last year’s record showing.

The vendors, most of whom were across the street for the Stag show in late January, are bringing optimism and a variety of new product offerings to dealers this week.

The Expo “is always a major show for us,” said Brian Roba, vice president of sales and co-owner of JR Products. “We’re a huge partner with NTP and Keystone. We have a 400-square-foot store setup with all our products and all our signage,” he said.

Hosting two major events in such a short timeframe could’ve been difficult, but Donnelly said that the Stag-Parkway staff carried their focus from the January show into this week’s gathering. “Our staff has stayed very focused on The Expo,” noted Donnelly.

Next year there will be only one show, an NTP-STAG event in New Orleans, La., according to Joe Santangelo, the Keystone vice president in charge of NTP-STAG.