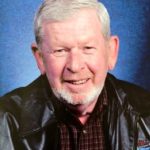 Joseph P. O’ Brien, former general manager of Dave’s Claremore RV and executive director of the Oklahoma RV Dealers Association (ORVDA), passed away in his home in Claremore, Okla., on July 27. He was 82.

O’Brien managed the dealership, owned by Dave and Gloria Pierce, for 39 years and was instrumental in the company’s growth. The dealership grew from five employees, selling a few units a month, to 75 employees, retailing 800 units a year.

During his tenure, O’Brien also put procedures in place so that all departments would run efficiently and cooperatively, giving customers a high-quality experience.

He was born in Hackettstown, N.J., on Oct. 2, 1935 and, at the age of four, the family moved to southern New Jersey where he was educated prior to joining the United States Air Force during the Korean War. O’Brien served 10 years as a flight engineer with duty both in the U.S. and Europe, followed by an honorable discharge in 1962.

He then entered into the RV industry, holding various positions, including ownership in RV dealerships and a hitch business, in Dallas, Texas and Tulsa, Okla. After a short retirement, he purchased Littlefield’s Steakhouse in Claremore and operated it for six years, as J.P. O’Brien’s Steakhouse and Pub. Not content with retirement again, he then joined Dave’s Claremore RV.

O’Brien also enjoyed traveling to other dealers around the country, while operating his consulting business, J.P. O’Brien and Associates.

He is survived by his wife of 29 years, Janice Brown O’Brien, son, Pat O’Brien, daughter-In-law, Tamara O’Brien, granddaughters, Kaylin and Riley O’Brien, all of Tulsa, and stepson, Michael Zacharias of Claremore.

Burial is to be in the Fort Gibson National Cemetery, Fort Gibson, Okla.