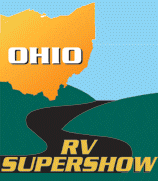 ”There definitely was a lot of positive customer sentiment,” said Loren Baidas, General RV president, whose company has 10 stores in Michigan, Ohio, Florida, Illinois and Utah. ”Sales were up slightly from last year. Across the board, we had good retail action.”

Traffic at the first major 2013 retail show left Baidas ”pessimistically optimistic” about the potential for sales this year.

”At this point there will be some opportunities for a little growth,” he said. ”I hope the market is up 5% to 10%.”

More than 600 RVs were on display at the show, billed by its promoters — Tm Show Productions, Kent, Ohio — as ”America’s Largest Indoor RV Show.”

”The show was bigger this year,” said promoter Paula Messersmith. ”There were a lot of good prospects on the floor and the dealers thought it was a pretty good show.”

”We did a lot better,” Carroll said. ”There were a lot of families there, but traffic was very heavy for all ages. Medium- and low-priced travel trailers sold the best.”

The increased Ohio Supershow attendance ”was a good sign for the industry,” Carroll said.