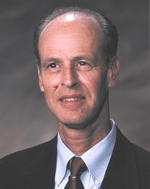 Editor’s Note: The following is a “Guest View” column from Gregg Fore appearing in the January/February issue of RVBusiness magazine addressing an ongoing push by local print media and some community leaders for more economic diversity in and around the RV-building hub of Elkhart, Ind. – arguably, in some cases, at the expense of the RV industry. Fore is president of Elkhart-based supplier Dicor Corp. An industry veteran and Purdue University graduate, he’s also a long-time member and past chairman (2010-2012) of the Reston, Va.-based Recreation Vehicle Industry Association (RVIA) board of directors, which last year set up a branch office on the east side of Elkhart.

Over the course of the last few months I have noticed with interest — and a growing frustration — an ongoing campaign for “economic diversity” by some in the Elkhart, Ind., community’s leadership and in the news and editorial pages of its daily newspaper that, at least in perception if not fact, seems to denigrate in many ways the economic powerhouse that the area’s recreational vehicle industry has become over the years as a potent provider of tens of thousands of jobs, an outstanding supporter of countless civic charities and, in many respects, a key economic anchor for the entire region.

Time and again, the newspaper in the general tenor of its front-page news coverage appears to be taking an editorial position that edges on blaming the RV industry for many of the community’s economic woes during the global economic downturn — the implication being that the industry has come up short and simply is not doing its part for the citizenry of Elkhart County.

Even when profiling the obvious employment benefits that the RV industry has provided in generating jobs, the focus of the coverage quickly turns to wage scales — a popular topic on the national scale — and how the suppliers and manufacturers of recreational vehicles again aren’t doing their fair share.

Wage levels in much of America, however, are not the result of any commercial conspiracy, but are simply a function of supply and demand: Employers need employees and are willing to pay for the work to be done. Employees, in return, have the freedom to work for the wage offered or seek a higher-paying job — and, believe me, there’s been plenty of that going on recently around Elkhart as the competition for the best and most qualified employees is consistently driving up wages throughout the region.

That said, the greater Elkhart area, no different from hundreds of communities across our country, has seen a progression of its economic base as time and circumstances changed. This region’s economic drivers were once in the hands of the railroad, musical instrument makers and over-the-counter drug manufacturers, among others. Now they’re gone, and many of those jobs have instead been absorbed by an array of business categories — none more so than the North American RV industry, 85% of which is now situated in and around Elkhart. RV manufacturers and component suppliers today dominate the area’s list of top employers as the economy continues to bounce back and manufacturing output nationally passes prerecession levels.

So, while it’s pretty easy to “cry foul” when the economy tanks and the RV industry trims employment levels, expansion plans and, more than likely, wages, most other business categories are doing the same things — because that’s the prudent way to run a business and stay alive to fight another day. That’s just the way it is.

As the fog lifted over the past five years on the U.S. economy after the worst global downturn in recent history, it has been the RV industry that has led the way out. And for that, in my view, the Elkhart community and others in the area should grateful, understanding and supportive for the economic spine the industry has provided during good times and bad.

This is a robust industry that many, many cities and counties across America would love to have in their

backyard. I certainly admit that economic diversity is a good thing. Every community desires a well-rounded and balanced economic base and Elkhart could well use a wider variety of employers, jobs and wage levels. We also need a better-trained work force as well as improved schools, educational systems, more efficient government entities, lower tax rates, reduced crime rates and better (and less expensive) health care. So, maybe all the energy spent on disparaging the RV industry should instead be spent on these more productive issues.

In all fairness, I am all for reasonable balance in our economy. We should invite new industries to our community — but not at the expense of those already here. Our companies and our citizens have already invested heavily in our infrastructure, schools and more. To ask them to invest more to help others who can defray investment adds unneeded additional burdens.