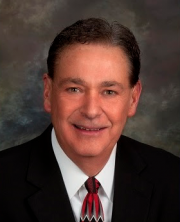 KNSI Radio reported that the honor recognizes PleasureLand RV Center’s growth under Pearson’s leadership. The Entrepreneurial Success Award is given to an individual who took over leadership of a company when it was small, based on Small Business Administration guidelines, and has since grown to be a large company.

PleasureLand was started in 1971 as part of Plaza Buick, owned by Pearson’s father, Vern. In 1975, he ended the Buick franchise to focus on RV sales. Dan Pearson took over the dealership in 1982 with fewer than 20 employees selling 400-450 units annually. Today, the company is the largest RV dealership in the Upper Midwest with 200 full-time staff at seven locations in four communities, selling 3,000 units per year.

Among the many changes he has seen in the industry, Pearson identified the current change in demographics to be among the most striking. “The average age of our buyers is 38 years old. It used to be 55,” he said. That change is having an impact on the entire industry from the type of RVs sold, to the amenities that are included, he noted.

Success is about more than the bottom line, according to Pearson. He believes in corporate citizenship and puts his time and money behind his ideals, supporting a wide variety of philanthropic projects. He has a particular focus on supporting local law enforcement from providing RVs as onsite headquarters for investigations to funding medication disposal drop-boxes at Stearns County police stations.