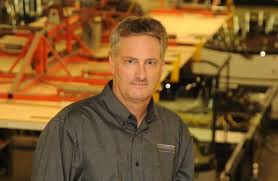 Like a lot of companies that deal in big-ticket purchases, Winnebago Industries has seen a rapid improvement in business over the past couple of years.

The Forest City, Iowa-based manufacturer of motorhomes and towable RV’s has run off eight straight quarters of double-digit year-over-year sales growth, though lately that growth hasn’t been as brisk as it once was.

Meanwhile,Winnebago’s stock price is up about 15% since the end of January as it continues to rebound from a sharp decline in December. Shares currently trade near $28.

Winnebago is due to report fiscal second-quarter 2014 results before the stock market opens on Thursday (March 27). Analysts polled by Thomson Reuters expect earnings of 30 cents a share, up from 22 cents a year earlier. Sales are expected to rise 13% to $199.6 million.

There’s no black magic behind the recent financial growth, says CEO Randy Potts. Instead, he said, “it has everything to do with an improving economy.”

That economic landscape is especially important to Winnebago, which sells products that rely on how much discretionary income Americans have for leisure goods and activities.