Priority One Financial Services Inc., one of the recreational industry’s oldest and largest F&I outsourcing provider, announced today (April 18) that Tom Newell has moved into the company’s equipment finance division. 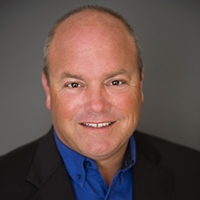 According to a release, Newell is no stranger to Priority One as he has served in several positions throughout his career at the St. Petersburg, Fla.-based company. Previously, Newell was a finance manager where he assisted dealers with moving additional units by securing recreational loans. More recently, Newell was responsible for bringing new recreational dealer partners aboard.

In his new role, Newell will be dedicated to helping both dealers and their customers with commercial finance and leasing needs.

“We are excited about Tom’s transition to the equipment finance division. He has been a loyal and dedicated employee with Priority One for many years, and he is an excellent addition to this growing division,” said Nicole Armstrong, vice president of sales and marketing.

In his free time, Newell likes to spend time with his two children, boat racing, camping, flying and cheering on the Ohio State Buckeyes.

Priority One, which celebrates its 30th anniversary this year, has been serving the marine and RV industry since 1987. Acquired in 2007 by Forest River Inc., a Berkshire Hathaway Inc. company, Priority One provides multiple lenders and specialized finance packages for dealers’ customers. Priority One’s commercial division provides finance services for equipment financing which provides competitive loans and lease options, exclusive lenders and unmatched profit opportunities for dealers of commercial use vehicles, including commercial use RVs, fifth-wheels and trailers as well as equipment needed by RV dealers such as tractors, work vans and company trucks.