Quality Buyers Out in Force for Boston RV Expo 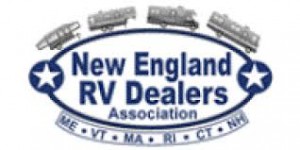 “We were concerned about the conflict with the Patriots and Broncos game, but it really didn’t impact attendance much on Sunday,” said Bob Zagami, executive director of the host New England RV Dealers Association (NERVDA), noting that the Paragon Group produced the show for the second straight year. “The dealers had the game on in the interior and on external entertainment centers starting with the pregame festivities at 11:30 a.m. I even had 50 attendees in my ‘First Time Buyers Seminar’ at 3 p.m., and they asked questions right up until 5 p.m. By that time the game was half over and we were still talking about, showing off and selling RVs.”

The “First Time Buyers Seminar,” presented seven times during the show by Zagami, was well attended all weekend. Interestingly, almost all attendees had never owned an RV and wanted to learn about RVs and the lifestyle. More than half the attendees in each seminar were attending their very first RV show.

“This is an excellent sign that the Go RVing campaign and the show promotions are reaching a new audience and new prospects that will soon be making major decisions on what type of RV to purchase,” said Steve Flagg of Flagg RV and NERVDA treasurer. “We saw some of these trends last year, but this year we saw more first-timers and many of them were ready to buy at the show.”

Brian Sullivan, NERVDA president and general manager of Campers Inn of Raynham, added, “People came to this show ready to buy a new RV. The quality of the attendee was significantly different this year because of our targeted marketing on radio, television, direct mail and an enhanced and highly active social media campaign. We were very fortunate to be able to work with the professional team at Paragon Group on this important kick-off event for dealers and RV enthusiasts.”

Some of the comments from out-of-town reps included:

• Ryan Rebar (Thor Motor Coach): “This year’s Boston Show was one of the busiest shows I have been to in a long time. The traffic was very good even on Sunday despite the Big Game. There were a lot of customers that I talked to that had not been to an RV show before and they are now starting to plan for their futures. Everyone was positive and we are pleased with the results from this show.”

• Randy Adams (RVM Promotions): “It has been a great pleasure working with NERVDA and Paragon Group on this show the past two years. The direct mail postcards, radio and television advertising, combined with the passion, enthusiasm and consumer engagement created by Bob Zagami through their Facebook program with several posts, photographs and videos is clearly one of the best marketing campaigns in the country and this is a model that other associations will want to follow.”

• Matt Olds (Heartland/Breckenridge): “I was very impressed to see how many customers came prepared to work deals at the show. Customers had their trade titles in hand ready to work a deal. Great job by the show promotion team for turning the Boston show into a huge success. I’ve been to a lot of shows in many markets and it’s rare to see that many titles and customers ready to buy. I would love to be a dealer principal/retail sales guy in that show.”

Participating dealers were also pleased with the quality of potential buyers and the crowds they enjoyed in their displays. Coments included:

• Dan Doucette (Prime Motor Cars): The turnout was amazing. RVs have evolved from overweight gas burning monsters of yesteryear to the futuristic fuel-efficient models that we have today and there was no better venue then the Boston RV & Camping Expo Show to display all that we had to offer. We were impressed with amount of people that turned out and the positive feedback we received. It was a great way to start off the year.”

• Fran Roberts (Long View RV): “I’ve been to a lot of shows in Boston over the years, but there was something special about this one. There was an enthusiastic crowd every day. On Sunday we had the Patriot’s game on our external televisions and we were still writing orders at halftime. I’ve never seen anything like it. The relationship we are building between NERVDA and Paragon Group continues to deliver quality prospects in a great venue. This year exceeded our expectations once again.”