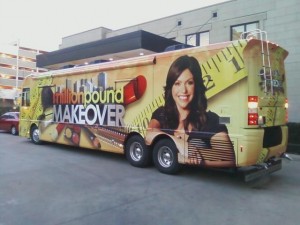 When Oklahoma City was named one of the fattest places in America, mayor Nick Cornett responded by challenging citizens to lose 1 million pounds. The Rachael Ray Show sent its style contributor Kyan Douglas and its Million Pound Makeover motor coach to Oklahoma City to greet these participants and reward them for their inspiring weight loss with a trip to New York City for a head-to-toe makeover.

“We were pleased to participate with Go RVing and the Rachael Ray Show,” stated Kyle McCrary, vice president of Decatur, Ind.-based American Coach. “And we’d also like to offer our sincere congratulations to the participants in Oklahoma City on their incredible accomplishment. They are an inspiration.”

For more information about American Coach and its line of luxury coaches, call 1-800-854-1344 or visit www.americancoach.com.