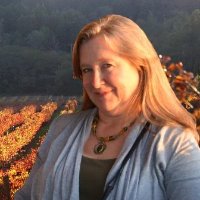 Debbie Sipe, the longtime executive director of California Association of RV Parks and Campgrounds (CalARVC) and CEO of Camp California! Marketing, received an award recognizing her nearly three decades of service during the CalARVC RV Park Day earlier this month.

Sipe, who has held the top positions at CalARVC and Camp California! Marketing for nearly two decades, plans to retire from both positions at the end of July, according to a press release. CalARVC President Randy Hendrickson presented Sipe with an award on behalf of CalARVC’s board of directors.

“In the many years we have worked together, I have never known a more caring and charismatic leader,” Hendrickson said. “Her work for the association is the stuff of legend, as is her reputation. I don’t believe I have ever known anyone who cares as much about our industry as Debbie. While focusing primarily on California, of course, her passion and respect for the industry nationwide is awe-inspiring and an example to all of us that no matter who we are, and whatever role we may have, we are all connected in the interest of bettering the outdoor hospitality industry.”

Hendrickson added, “For those fortunate enough to have worked with Debbie over the years, we have been privileged to witness not only her numerous accomplishments, but also her unassailable character as a person. That is what truly distinguishes her, and like so many others she has touched, I am proud to call her not only a true leader, but also a person I am very proud to call my friend.”

Sipe was cheered by the 60 park operators and industry vendors who attended the April 3 Spring RV Park Day and embraced by members of the CalARVC Board of Directors.

Sipe has spent her whole life in the campground business. Her parents, Tug and Judy Miller, helped run CalARVC from its inception, back in the days when it was known as the California Travel Parks Association (CTPA).