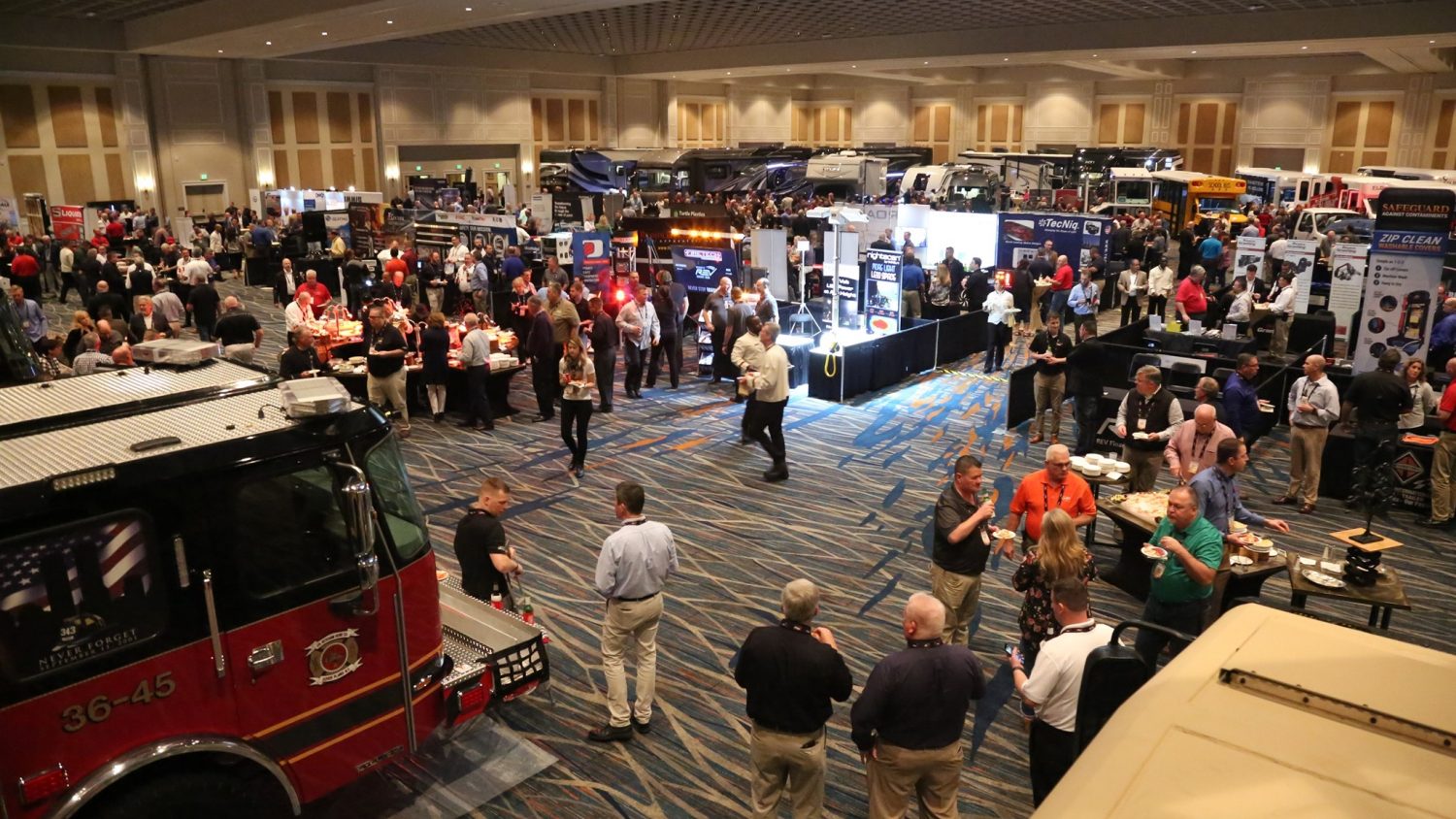 “REV Summit is an opportunity for us to bring suppliers, REV business leaders and dealers together with REV corporate, so all of our business units participate in this as well as all of the dealers who represent those brands in their respective markets,” said Besasie. “We also invite and have great participation from our suppliers.”

While REV Group and its CEO Tim Sullivan utilize the Summit to showcase innovations at every level, Besasie characterized the event as a unique opportunity to cultivate a “continuum of knowledge” among REV’s own internal operations and dealers for divisions manufacturing RV’s, fire trucks and ambulances plus a wide array of commercial vehicles including shuttle buses and terminal tractors and sweepers.

In net sales this past year, Besasie told RVBusiness, approximately 40% of REV’s business was in the fire and ambulance category with 30% each in recreation and commercial, all of which were represented on the floor of the REV Group Summit.

“It’s very much a trade show,” Besasie said. “We take up a large space. We bring probably close to 50 vehicles. From an RV perspective, we always coordinate it around the Tampa RV SuperShow because we know we have many vehicles being shown off there.”

Among the RV-building divisions participating in the Summit, all of which are “filling gaps” in their lineups for the 2020 model year:

Beyond the vehicle exhibits at the private event, the Summit featured breakout sessions, a keynote speaker and a focus on innovation in sales and marketing.

This was the second REV Summit for Besasie, who joined the company at the beginning of 2019. “We were very excited. I only have one year to compare it to,” he said. “As you know, the RV industry has been in a downturn for the last two years, but the dealers I interacted with were quite optimistic.”

“We gained some momentum.,” he added. “We showed some new vehicles. The sentiment in general, if it was RV or anything else, was very favorable, very positive — more positive, I think, even than last year. The dealers are looking much more optimistic toward 2020.”

Top-of-the-mind agenda items for REV corporate, meanwhile, involved working through a digital transformation and implementing Salesforce customer relationship management (CRM) software.  “We were engaging dealers, talking about this digital transformation and talking about Salesforce automation,” Besasie noted. “In the RV world, we have many dealers that have been on it and they’re very accomplished at it,” he said. “We also have some dealers who are not using it, so it was a first-time exposure for them.”