RV/MH Hall of Fame Announces its Class of 2016

The RV/MH Heritage Foundation board announced the honorees who will be inducted into the RV/MH Hall of Fame as the Class of 2016. According to a press release, the Annual Induction Dinner will be held Aug. 1 at the Hall’s facility in Elkhart, Ind.

“Congratulations to the 10 new honorees. All of them have had or are having outstanding careers and are richly deserving of this high honor,” said Foundation President Darryl Searer.

Searer also applauded the work of the nominating committee that had to narrow a list of 72 highly deserving candidates down to the final 10 selected.

Drawing upon a 40-year career as an RV technician and training specialist, Gary Bunzer has established himself as an expert educator to both the RV owner as well as the RV service professional. In the RV industry Bunzer’s name is synonymous with RV technical education and training beginning nearly 40 years ago with his self-created consumer questions and answers column, “The RV Doctor,” and its precursor, “Gary Sez.”  In 1976 he established Bunzer Consulting Inc., providing dealers with on-site classes and also as a featured speaker at industry-sponsored educational expos, trade shows, and national and regional consumer RV shows. He also was the first RV educator to write, produce and direct specific RV service training videos and DVDs for the professional RV technician and the RV owner. In 2009, Bunzer was honored by Recreation Vehicle Industry Association (RVIA) with its National Education Service Award for contributions to RV technical education.

In 1985, Ernie Friesen ended a 20-year career with Nabisco and purchased All Seasons RV Center in Yuba City, Calif., and 10 years later acquired Redding RV Center in Redding, Calif. — both successful businesses today. From the beginning Friesen went far beyond being a great, customer-focused dealer and business owner, he volunteered countless hours in his local communities as well as with the Recreation Vehicle Dealers Association (RVDA) and California RVDA. His volunteer leadership helped improve industry education and training, including serving as president of the Sacramento Dealers Association, RVDA board of directors, chairman of RVAM, and RVDA chairman of the board. On the state level Ernie was co-founder of the California RVDA and also served as its president from 1994 to 1996. In 1996, the Yuba City Chamber of Commerce named him Small Businessman of the Year. In 2007, RVDA named him the recipient of its James B. Summers Award, the association’s top service award.

In 1985, Jay Hesse became president of Automatic Equipment Mfg. Co., an 85-year-old business founded by his grandfather that manufactured products and equipment for the agricultural market. The 1980’s were a tough time for the company, mostly because it was a tough time for farmers and the agricultural industry. Hesse was hoping to diversify and looked at the RV industry. Automatic acquired Hewitt Tubular Products in 1990, and the RV side of Automatic’s business really started to take off. The line included Blue Ox tow bar assemblies and tow bar accessories, Blue Ox fifth-wheel tailgates for full-size pickups and Rock Stopper tandem wheel trailer chocks. Hesse not only proved himself as a businessman, but also as a dynamic leader, innovator and a generous contributor to industry organizations and causes, both in time and dollars. He joined and served several industry associations including the Warehouse Distributors Association (WDA). For his outstanding leadership Hesse was presented with the RV Aftermarket Association’s (RVAA) “Jim Barker Person of the Year Award” in 1998. Hesse served as a board member and vice president of RV/MH Hall of Fame board of directors (2011-2014), and was actively involved in the Go RVing Coalition.

At the age of 21 Thomas R. “Tim” McGuire purchased Coast Fabrication, a small metal fabrication job shop in San Jose, Calif., in 1964.  In 1968, he started manufacturing RV and MH  accessory products and put sales teams on the road serving dealers on the West Coast. He added other manufacturers’ products and that was the birth of Coast Distribution. He had one warehouse in San Jose, but he wanted to serve dealers in other parts of the country. That wasn’t too successful until he had the opportunity to purchase Coachmen RV’s Coach-Lite distribution company. Later, he acquired many other regional distributors until he built a national network with 19 warehouses across the country and Canada, becoming the first national RV distribution company. McGuire served as chairman of the board until 2014, when he sold his stock in the company and retired.

In 1952, William (Bill) Overhulser started as a line employee at Richardson Homes, but he had a vision to have his own company. In 1957, he founded Lil’ Sport Coach in Elkhart and built travel trailers in the family garage. Overhulser later renamed his company to Del Rey Industries. Overhulser’s innovative contributions to the RV industry are legendary. He designed and produced iconic models of truck campers which set the pace for the burgeoning industry. By 1968 Del Rey was the largest producer of truck campers in the nation. His invention of the camper jack developed through Bock Industries changed the way truck campers were handled then and to this day. Overhulser never sought a patent or received a royalty even though these jacks have been sold by the thousands since the early 1960’s.  He was also one of the founding board members of the RVIA. After he sold his company to Gladding Industries in 1969, Overhulser took an early retirement at 42 years old and entered into self-supported-missionary service as a bush pilot in Guatemala where he flew relief supplies and personnel for the government and other organizations after the earthquake in February, 1976.

Ross Kinzler, recently retired executive director of the Wisconsin Manufactured Housing Association (WMHA), has served the interests and helped guide the Wisconsin manufactured housing industry for more than 25 years, both as an association executive as well as lobbyist. During his tenure, he doubled the association’s membership, created a team approach to member services and managed association resources by cutting expenses yet maintaining services in a challenging financial environment for housing. His accomplishments were recognized on a variety of venues including being named MHI Executive Director of the year in 1992 and 2003 and being inducted into the Wisconsin MH Hall of Fame. Kinzler also served on RV/MH Hall of Fame as a board member and secretary and served on multiple MHI committees such as government relations and many other task forces. For his consistent quality work he received Wisconsin’s Elmer Frey award.

Jim Miller has always been an advocate for the MH industry and has served the industry for over 40 years. After graduation from the University of Georgia, Miller began his career in the housing industry and has served in various sales, marketing and management leadership positions. He first served as vice president of sales and marketing for Redman Homes in Texas. After a successful career with Redman, Miller became president and CEO for Brigadier Homes in Georgia, before joining Coachmen Industries in Elkhart as president of Coachmen’s Housing Group. He also served as executive vice president for Style Crest Industries located in Ohio prior to joining R-Anell Homes in North Carolina, as a consultant. Miller was a huge supporter of MHI and was constantly stepping up to the plate as a sponsor for many different fundraising efforts at MHI and other related industry associations such as the RV/MH Hall of Fame.

Robert (Bob) Edward Richardson was co-founder of what later became Richardson Homes Corporation in 1945. In 1959, he purchased 100% interest in the company and built one of the world’s largest mobile home manufacturing facilities in 1965. He instituted numerous innovations in the manufacturing process to increase efficiency and reduce costs, which were subsequently adopted throughout the industry. Bob’s real passion was research and development, constantly striving to be the industry leader in innovation and design. His forward thinking and commitment to act, helped advance the industry during the formative years of the mobile home industry. In 1969, he sold RHC to Maceo Corp. and in 1971 he retired from RHC as its chairman, president and chief executive officer. Also in 1969, he led a group of investors to develop Timberbrook Mobile Home Community, a 288-unit upscale community. It was the first of its kind in the region. He was the past director of the Mobile Home Manufacturers Association and served on the executive committee. He also played an integral leadership role in securing Indiana legislation to allow the transportation of 14-foot-wide homes. 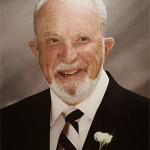 In 1948 Roland Sahm, along with his wife, and two friends, founded Elixir Industries Inc. Over the course of his career, Roland through his company touched tens of thousands of people, making their working lives and their lifestyles better. With employment and the innovations from Elixir there are very few manufactured homes or recreational vehicles today that don’t benefit from products produced by Elixir Industries.

Joe Stegmayer, chairman of the board, president and CEO of Cavco Industries Inc., began his career in 1973 with Worthington Industries supplying LP gas cylinders to RV industry. Since joining Cavco in 2000, Stegmayer led the Cavco team to grow from $95 million in annual sales to $600 million annually and expanded the firm from three factories in two states to 19 factories in 11 states. Also during his tenure as chairman, he grew the company’s park model business to become the number one builder of park models nationwide. Prior to joining Cavco, Stegmayer held numerous high level executive positions with Champion Homes and Clayton Homes Inc. His dedication and leadership has earned him the respect of his peers, as evidenced by the numerous awards he has received including the Jack E. Wells Memorial Award for outstanding service and dedication to the manufactured housing industry from the California Manufactured Housing Institute, the Chairman’s Award from the Manufactured Housing Institute (MHI) for service to the industry and to MHI, and the Arizona Housing Association President’s Award.  He also found time to volunteer for charitable work including Knights of Columbus charities for the mentally challenged, economically disadvantaged and girl and boy scouts, past president and  lifetime board member of The Columbus Zoological Association, and past chairman of the National Football Hall of Fame. Stegmayer also serves as vice chairman of the RV/MH Heritage Foundation.