RV Parks Not Reporting Damage Due To Alberto

By: RVBusiness|Published on: May 29, 2018|Categories: Today’s Industry News| 0 comments 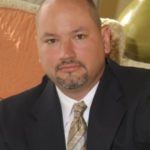 Bobby Cornwell, president and CEO of the Florida Association of RV Parks and Campgrounds (Florida ARVC), told Woodall’s Campground Management (WCM) today (May 29) that so far no reports of significant damage at Florida RV parks or campgrounds have been made in the wake of tropical depression Alberto.

Forecasters downgraded Alberto, the first named storm of the 2018 Atlantic hurricane season, to a tropical depression Monday evening, hours after striking the Florida panhandle as a subtropical storm, according to the Associated Press. Officials are warning of possible flash floods and high winds as the storm continues to move through Alabama and Georgia.

Isolated deluges of 12 inches (30 centimeters) also are possible in spots as the system heads toward the Tennessee Valley on Tuesday and later this week into the Ohio Valley and Great Lakes region.

“I don’t think the storm came to fruition like forecasters thought it would,” Cornwell told WCM.

While not suffering physical damage, he went on to say that RV park and campground owners probably lost out on Memorial Day traffic due to the storm.

“I am positive that some lost out on business though,” Cornwell explained. “Some campers were probably scared to come down or cancelled their plans. So there is definitely going to be an economic impact for some owners.”