RV Retailer Prepares for Next Round of Acquisitions 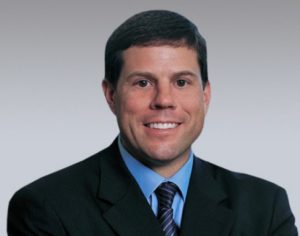 After a brief hiatus in its acquisitive growth, 18-month-old Florida-based RV Retailer LLC (RVR) is preparing for its next round of expansion in the second half of 2019, reports President and CEO Jon Ferrando.

Toward that end, RVR, which last year acquired three U.S. RV dealerships totaling $900 million in annual revenues and 17 outlets in Texas, Florida, New York and Iowa, is augmenting its senior management team with today’s (June 10) announcement that it has hired Chris Glenn as corporate vice president of service, parts and technology and Taylore Elliott as vice president and chief human resources officer.

“We’re excited to add new executive teammates in the areas of service and parts and human resources,” Ferrando told RVBUSINESS.com. “As I listen in my travels to OEMs, they, of course, want us to sell their product and represent them well in the marketplace, which our RV businesses do extremely well. But they also want to make sure we take care of the customer after the sale.”

Glenn, a seasoned automotive exec with significant experience in service, parts and technology most recently served as a managing partner and COO at Motormindz. Prior to that, he held various management positions, including vice president of service for 15 years at a major 260-store automotive retailer — all of which, Ferrando said, should help RVR become “the industry-leading organization” in RV parts and service.

Ferrando said that Elliott, a 15-year automotive retail veteran who most recently led an HR team serving more than 70 auto stores and 7,000 employees, brings the experience that 950-employee, Ft. Lauderdale-based RVR will need to attract, retain and develop top retail talent as RVR prepares for a second round of expansion enabling it to exceed the billion-dollar mark in annual sales.

“Our plan for the first half of 2019 was to make sure we seamlessly transition and integrate the three great acquisitions we completed in 2018, RV One Superstores, ExploreUSA, and Motor Home Specialists from last year into the company and to ensure that the store operations were humming and running on eight cylinders,” Ferrando, who previously retired from AutoNation, told RVBUSINESS.com. “We’ve had a great first half of 2019. We’ve retained all of the management. Employee morale is high. The businesses are performing well. So, we’ve succeeded there.

“Then, our plan was to focus on the next phase of growth in the back half of 2019,” added Ferrando, whose firm continues to partner with Redwood Capital Investments, a private investment house, in completing acquisitions. “And we’re very excited about what we should be able to do in terms of expansion, both in our core markets and in new markets this year.”

All things considered, Ferrando indicated that he is well aware of – but essentially undaunted by — the current state of the wholesale U.S. RV marketplace, which, of course, isn’t setting any records at the moment. “Yes, so it’s interesting,” he said. “Retail sales have been down ever since September or October of last year. Obviously, OEM shipments are way down, but our businesses are performing well, and our job is to grow sales and revenues. Even in a down market, we’re succeeding on that. So, we feel very good about our business, the retail talent we have, the facilities, the markets we’re in, and we’re performing well. So, the pullback hasn’t adversely affected us, and we’re just driving ahead.”