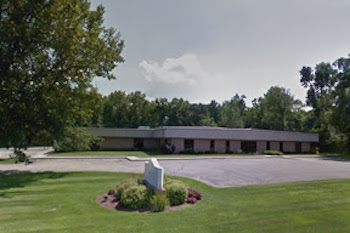 With the September grand opening of its Elkhart, Ind.-based training facility and headquarters serving as a tentative deadline, the RV Technical Institute (RVTI) continues to advance on a multitude of fronts including curriculum, recruitment and renovations to the building soon to be vacated by Indiana Tech.

The grand opening of the RVTI facility is set for 5-7 p.m., Sept. 23, at 3333 Middlebury St. The event will feature an official ribbon-cutting ceremony at 5:30 p.m. followed by hors d’oeuvres and music, with tours of the new facility for dealers, manufacturers and suppliers. The new facility features seven classrooms and 10,000 square feet of bay space with 17-foot ceilings, offering plenty of space for classroom-style education and hands-on component trainings.

The grand opening takes place on the first night of the week-long RV Dealer Open House, and tours of the RVTI facility will be provided throughout the week.

“The level of support from the RV industry and the Elkhart community has been phenomenal,” said RVTI Executive Director Curt Hemmeler. “We are honored that so many have come together to support us and to launch the RV Technical Institute, and we are looking forward to unveiling the new facility to the entire industry in September.”

From a makeshift office space in what had served as Indiana Tech’s student lounge, Hemmeler and Sharonne Lee, RVTI’s senior director of education, sat down with RVBUSINESS.com to provide an update on the facility and its programs.

• Renovations are well underway to the 18,000-square-foot facility including exterior landscaping, signage and branding, interior room adjustments, paint and carpet modifications, IT configurations, security systems and access controls and renovations to separate the student space from the administrative offices for staff. With a crew of painters at work in the adjoining rooms, Hemmeler said he expects 80% of the renovations to be completed in time for the September grand opening.

“It’s got the scent of fresh paint, as a quarter of the building is being painted as we speak. We are doing it in segments, as we’re still sharing space with our partner here, Indiana Tech. They’ll be with us through the end of August. They have a class starting July 21, and so we’re making sure that those students still have an excellent experience with Indiana Tech, while behind the scenes we are continuing to paint and carpet,” Hemmeler said, adding that renovations should be 100% completed by the first of next year. “We’re anticipating teaching our first class here probably in mid-August to early September, and then we will definitely have classes going on the week of Open House here in Elkhart,” he mentioned.

• At the same time, Hemmeler mentioned several businesses have stepped up and donated materials, such as furniture, appliances and televisions, to help outfit the facility. He said he anticipates signage would be created to recognize those companies, adding that since RVTI is a 501(c)(3) organization there’s certain advantages to anyone who makes such donations.

“I anticipate that once we’re really fully up and running, 2,500 people a year will pass through the school here — all within our industry; although there’ll be some outside our industry — and what better place to really show off what you do,” adding they will be creating a webpage to explain the different ways the industry can contribute to RVTI.

• Lee provided an update on RVTI’s curriculum development, specifically that five “subject matter experts” from the industry would assemble July 15 to review results of the Level I pilot program designed for entry-level techs. The review will include the curriculum as well as the instruction and credentialing exam.

“We didn’t just pilot the exam, we piloted the training and then the exam. So we’re looking at the data from the training all the way through the exam, and we’re going to modify it based off that data. We gave them pre-tests and post-tests before and after every module we taught, and then we gave them the credentialing test at the end. So, we’ll be looking at all of those pieces, and then modifying it and tweaking it before we launch it,” Lee explained. “We’re all going to meet together and go over every question, how it performed, whether it was good, whether it was bad.”

“In the old program,” she continued, “we gave textbooks to people and then they created their own curriculum based off the textbooks. In the new system, we’re giving them the whole curriculum — meaning, we’re providing them with the PowerPoints, the labs, the outlines, the course, everything.”

• RVTI is operating on a “hub and spoke” model as far as curriculum delivery, meaning while the Elkhart facility will offer on-site training programs, it will also serve as the headquarters for several partnering organizations delivering the same curriculum at key regional locations around the country. Hemmeler said he anticipated being able to announce who some of the organizations are and where they are located as early as next week,

“We’ve got the hub happening and we’re working on the spokes; we’re drawing up the agreements right now,” he said. “The agreements will consist of different elements of conditions that will need to be met so that we can keep the integrity of what the RVTI curriculum will be all about, and we’re excited to put those together. I anticipate by the end of this month at the latest we’ll have those out and I’ll be able to report out on some of our initial partnerships.”

Hemmeler added that the “spokes” would — at least potentially, at this point — cut across a wide swath of entities, including state RV associations, dealerships, community colleges, prerelease programs for at-risk youth, high school trade programs, and military branches, among others.

“The goal is to not have any avenue overlooked to getting into our industry,” Hemmeler reported. “As our industry is in a battle to get technicians with auto, diesel, all of those other high-end demand positions out there, I want to make sure that RVTI is positioned and capable of bringing folks into our industry without any obstacles. So we’ll have multiple entry points, or ‘spokes’ in this case, across the country.”

• Not even a year into the job, Hemmeler has pursued an aggressive agenda to shape RVTI into being able to deliver on its ambitious goal to recruit, train and retain RV service technicians. Toward that end, he has traveled extensively to meet with stakeholders across the nation to explain what RVTI is all about, as well as discover leverage opportunities.

In just the next few weeks alone, Hemmeler will be in California to meet with Tom Gaither, western show director for the RV Industry Association (RVIA), to potentially use the California RV Show for tech recruitment, as well as with several California-based RV dealers to “discuss our down-the-road recruitment activities.”

From California, he will stop at Chicago for the Outside Experience show, where Go RVing will have a large experiential display for attendees. Hemmeler wants to scout the potential of experiential displays for tech recruitment as well, he explained.

“I do believe it will become a key piece of possibly recruiting for the RVTI school,” he said.

While mentioning that he’s already been in touch with several state RV industry associations including Florida, Oklahoma, Michigan and New England, other scheduled trips include meeting with dealers in Texas and New Jersey, and at the National RV Dealers Convention/Expo in Las Vegas.

“I would say to anybody and everybody out there: This is my way of getting out, putting up a face, and making sure everyone understands how we are here to serve them in a way that works for their organization. It’s not just what we want to do, but how they want to do it and how we can partner with them to do that,” Hemmeler said.

• In addition, Hemmeler will be meeting with Indiana Gov. Eric Holcomb on July 25 to “discuss opportunities that we have for the residents of Indiana and the opportunity to seek funding through state grant dollars that could be applied to RVTI to help train technicians here in the state of Indiana,” he said.

The RVTI mission, Hemmeler added, is right in line with the governor’s Next Level Jobs program, which seeks to provides Hoosiers with free state-wide training in high-paying, in-demand industries. Next Level Jobs also provides Indiana employers with reimbursements up to $50,000 to train their employees in high-growth fields.