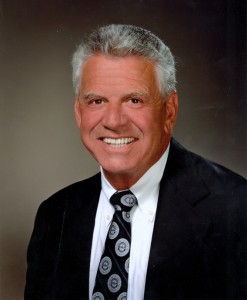 While it may not be time yet to celebrate the industry’s total resurgence from the Great Recession, this may well be a good moment to pause and appreciate the steady and accelerating (re)growth of the North American recreational vehicle arena after finishing 2012 with a flourish in terms of wholesale and retail sales.

Indeed, we’ve come a long way, baby, since the industry was perched on the leading edge of a global downturn and Elkhart, Indiana’s RV-building zone — with 20-plus-percent unemployment — became America’s recessionary poster child for the national press.

Now the old “first-in, first-out” theory appears to have again come into play with the Recreation Vehicle Industry Association (RVIA) reporting shipments bouncing from a recessionary low point of 165,700 units in 2009 to about 290,000 in 2012.

And while 2012’s output still falls well short of the modern high of 390,500 in 2006, the RV Business staff is recognizing two companies that have played pivotal roles in spearheading the industry’s comeback with stellar performances — Thor Industries Inc. and Forest River Inc., the industry’s unrivaled No. 1 and No. 2 market share leaders, respectively — as RVB’s Newsmakers of the Year for 2012. 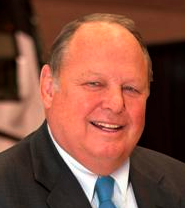 For Forest River — an 8,500-employee, Elkhart-based division of Berkshire Hathaway Inc. known for its aggressive approach to product development and dealer networking in both towable and motorized RVs as well as cargo trailers, shuttle buses, boats and other categories — the situation right now is similarly upbeat.

Forest River President and CEO Pete Liegl said his company has been running an impressive 27% ahead of 2011 through the first 10 months of 2012 enroute to posting its own all-time record revenues.

“This has been a super good year,” Liegl told RVBUSINESS.COM. “We had good sales. Profits are never as good as they should be, but it’s acceptable. As for the rest of the year, November numbers are good and December’s going to be good, too, in relation to last December. So, when all is said and done, we’ll be bumping 3 billion (dollars in total revenues). We’re probably not going to cross the finish line (exceeding 3 billion dollars in sales for 2012), but we’ll be down there in the red zone.”

At the same time, Forest River, which accounted for 31.8% of all U.S.-retailed RVs through October (according to Statistical Surveys Inc.) and has been growing faster than Thor in certain categories, is dramatically expanding its production capacity for 2013 to the extent that it is currently adding about a million square feet of capacity.

This, said Liegl, should benefit most all of the divisions operated by the company’s senior product-related management team, including Doug Gaeddert, Jeff Babcock, Don Gunden and Mike Terlep in RVs as well as David Wright in buses, Rex McKay in cargo trailers and commercial trucks and Tom McCutty in housing and boats.

Meanwhile, given the general landscape of the industry right now and some of the investor calls he’s been fielding lately, Thor Chairman and CEO Peter Orthwein thinks these kinds of record-breaking numbers are not just a short-term blip on the radar, but part of a more significant industrywide upswing.

“You know, we’re feeling our business is getting much stronger now,” Orthwein told RVB. “In addition to those increased revenues, our backlogs were very strong at the end of the first quarter and certainly in the motorhome segment our revenues nearly doubled. So, we’re feeling good.

“My feeling is that we’re at a turning point in the market right now,” he added, “especially on the motorized side, where the consumer has paid down his loan on his old motorhome and now has equity in that coach and can trade it in and buy a new one. And, by using that equity as a down payment and with today’s low interest rates, he can drive away with a new motorhome without appreciably increasing his monthly payment. So, we’re really at a turning point. Historically, the average consumer traded in his motorhome every four years.”

Thor President and COO Bob Martin said Thor’s fiscal health speaks well for the general well being of the rest of the industry and of the North American consumer’s continued fascination with this kind of camping lifestyle. Even in the global downturn, he pointed out, campgrounds were busy.

“We knew that people, even though they were holding off buying decisions, were going to come back,” said Martin. “As the wholesale and retail credit markets improved, the industry has slowly come back to health. We see a bright future for the industry. Coming out of a strong Open House and a very good Louisville, we see good things to come for next year.”