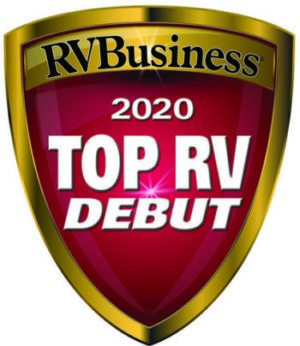 If you were among the estimated 4,000 RV dealer personnel that spent the week of Sept. 23-26 in northern Indiana for the Elkhart RV Open House — or any of the hundreds of manufacturer or supplier support staff in attendance — you know the 12th annual version of what began a dozen years ago as Forest River Inc.’s “Pick Your Partner” Expo was one for the ages.

With the Open House now the uncontested top trade event in the RV industry, manufacturers pulled out all the stops. Thor Industries Inc. cemented its position almost literally by welcoming dealers to a completely transformed location alongside the RV/MH Hall of Fame and Northern Indiana Event Center, while Forest River Inc. relocated its myriad brand displays to its more expansive East to West facility near the Elkhart Municipal Airport.

And, of course, between these two cornerstones were vehicle exhibits from virtually all of North America’s top RV builders. Dealers spent four days touring literally thousands of new lines and upgraded floorplans — as did the staffs of RVBusiness, Trailer Life and MotorHome magazines, who captured many of these 2020 model-year releases for the pages of their respective magazines in upcoming issues.

They also spent time touring, discussing and, at times, arguing over which models they determined to be among the most impactful models — finally settling upon the accompanying list of 25 “Top Debuts” for the 2020 model year.

From this roster of Top Debuts, the staff of RVBusiness also will select five finalists for further consideration — one of which will be named the “RVBusiness 2020 RV of the Year.” That unit — along with all of the 2020 Top Debuts — will be featured in the Jan./Feb. 2020 issue of RVBusiness magazine. The RV of the Year selection also will be the focus of a special half-hour awards show in partnership with RVB and “Rollin’ On TV” (ROTV).

The program, to be taped Nov. 21 at the Northern Indiana Event Center, is scheduled to air the week of Jan. 12, 2020. This is the fifth year that ROTV and RVBusiness have partnered in bringing this coveted industry awards presentation ceremony to the public via television, streaming and social media. ROTV is broadcast to some 50 million homes on 18 different networks and channels.