By: RVBusiness|Published on: May 23, 2019|Categories: Today’s Industry News| 0 comments 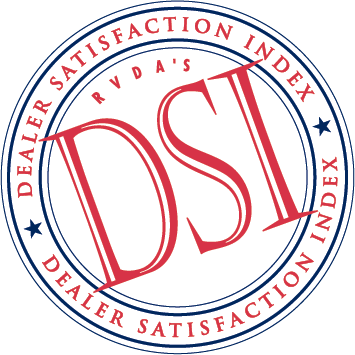 U.S. and Canadian dealers responding to the Recreation Vehicle Dealers Association (RVDA) dealer satisfaction index (DSI) survey believe manufacturers of towable RVs — in aggregate — have gotten somewhat better during the past three years in areas of vital importance to dealers, while motorhome manufacturers’ performance has declined a bit.

The survey asked dealers to rate their manufacturers in four areas (reliability/quality, parts, warranty and sales) on a 5-point scale, with 5 being excellent and 1 being poor. The annual survey was conducted from October 2018 through mid-January 2019.

In the motorhome sector, the trend was down in all four areas, although there was small improvement in product reliability/quality between the 2017 and the 2018-19 surveys, and there was more significant improvement in sales support between 2017 and 2018-19. The 524 U.S. and Canadian dealership locations that participated in the survey rated 2,371 brands, or almost five brands per dealership.