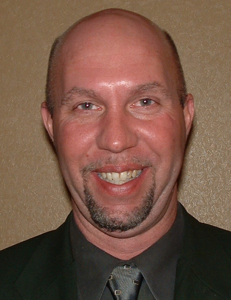 Current dealer principal Goodrick has been involved with Adventure Sports RV Centre since his family started the dealership in 1977. As with any family business, he has worked in every area within the dealership.

In 1982, Goodrick became a full-time RV service technician. He then moved on to service manager and later to parts manager. In 1994, Goodrick partnered with his sister to purchase the existing business from their parents and in 2004 he bought out his sister and became sole proprietor of the dealership.

Goodrick and his family have been strong supporters of the RVDA over the years and been active both at the local and national level of the association. For the Atlantic RVDA, Goodrick has held numerous positions including director, education committee chair, and president, and is the association’s current past president.

Goodrick and his dealership support several local charities on a regular basis including Muscular Dystrophy Canada and the Canadian Breast Cancer Foundation.

RVDA of Canada’s current board includes: