The Recreation Vehicle Dealers Association (RVDA) of Canada highlighted in a release issued today (May 31) how American tariffs on steel and aluminum will increase the cost of manufacturing RVs, ultimately hurting consumers on both sides of the border.

RVing and camping in Canada have a considerable economic impact, the release continued. The manufacturing, purchasing, servicing and use of recreation vehicles contributes billions to the Canadian economy each year. In 2017, the RV sector generated an estimated 66,000 jobs and delivered $4.7 billion in added value to the Canadian economy from an initial expenditure of $6.1 billion. 95% of RVs sold in Canada are imported from the United States. 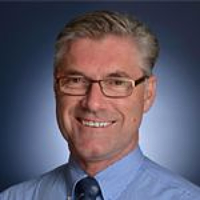 “Our industry, like most in North America, has benefitted from the integrated North American Market that NAFTA has created,” continued Lussier. “Major disruptions, such as will be brought by steel and aluminum tariffs, will have serious repercussions for our industry.”

The RVDA has supported the whole of government, multi-partisan approach to NAFTA negotiations. A renewed NAFTA that continues to allow the free flow of goods within North America will provide great benefit to all countries, as well as the RV industry.

“While we condemn these unnecessary new tariffs, we hope that the government continues to work towards completing NAFTA negotiations in an expedient matter,” concluded Lussier. “NAFTA has provided clear benefit to the RV industry, and its continuation is critical for continued growth.”