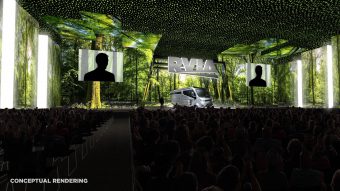 There were signals going into the Jan. 14-16 Recreation Vehicle Industry Association (RVIA) Leadership Conference in Tampa, Fla., that change was afoot regarding the industry’s annual show calendar. But only RVIA Show and Events Committee members, board members and other insiders were fully aware of just how swiftly and affirmatively change was about to take place as RVIA’s board voted unanimously yesterday (Jan. 16) to replace the industry’s National RV Trade Show – effective in 2018 — with a “completely new” event set to take place in early 2019.

Although the new as-yet-unnamed show is apparently a done deal at this point, according to RVIA spokesmen, there are still plenty of important details to be worked out with regard to this “newly reimagined show,” including a date and location, before the RVIA board revisits the whole conversation on a formal basis at RVIA Committee Week in June.

But the unanimous vote by RVIA’s Show Committee and board certainly indicates that the U.S. RV industry is prepared to move on from its traditional trade show format.

The late November “Louisville Show,” held for all but one of the last 54 years (with the exception of 1986 in Atlanta) at the Kentucky Exposition Center in Louisville, Ky., had seen dwindling attendance and a rising tide of criticism from OEMs and suppliers in an era in which it had been entirely outpaced as a selling venue by September’s upstart Elkhart RV Open House.

That, in a nutshell, is why the trade association’s leadership has opted to take “a completely new approach” to its national industry event, according to a joint statement released this morning by RVIA Chairman Bob Parish and President Frank Hugelmeyer.

“Over the past decade, the Open House has firmly established itself as the premier buying event, while at the same time the National RV Trade Show has not successfully redefined its purpose,” the joint release states. “It is clear the industry no longer needs multiple buying-focused shows, and the time to redefine RVIA’s event has come.

“We must act now to provide our vibrant and innovative industry a platform to promote its successes and celebrate its wins,” the statement continued. “The opportunity exists to deliver an all-industry event featuring expanded innovation and market development, unparalleled education and training, and enhanced focus on improving customer service. Our $50 billion industry deserves an event that celebrates industry achievement across all segments, and recognizes those companies and leaders who are innovating and moving the industry forward.”

The new national industry show, according to current plans, will still showcase new products, but at an earlier date, probably late Q1 or earlier Q2 of 2019, and should amount to an effective kickoff for the RV selling season while creating “a promotional platform to drive consumers to RV dealers nationwide.” 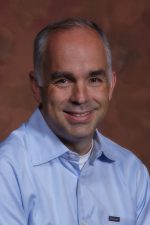 To support the creation of this new event, RVIA’s board directed its staff to cease producing both the 2018 National RV Trade Show and the 2019 RV Leadership Conference to focus on a new event that, reported RVIA Show Committee Chairman Troy James, president of Thor’s Dutchmen RV, has been rather quietly under consideration for quite some time.

“Yes, there’s no doubt that this has been in the works since I’ve been on the Show Committee for going on three years now,” James told RVBUSINESS.com. “Past leadership of the committee was doing what they thought was best and trying to – what I would say – put a Band-Aid on the Louisville Show, trying small incremental changes in an effort to make it more viable for the industry.

“But the reality is that it was time, as I challenged the committee as well as Liz (Crawford, senior vice president of trade shows and events) and Frank (Hugelmeyer) to start planning this new national industry event from a clean slate as if we never had an industry event and what it would look like if we were starting from scratch today. And that’s really the direction that we took with it. That’s how – between the committee and members of RVIA – we got to what was proposed and then passed by the board yesterday.”

And it goes without saying that James – and a host of others by most accounts – are looking forward to finalizing the details on the industry’s newest national event, which, he said, will be a “consumer-facing” gathering that will be educational while showcasing innovation and still providing a venue for industry sales.