Total RV shipments to retailers in January totaled 28,494 units, 11.9% greater than the same month last year and the largest January total in nine years. Fueled by growth in all vehicle categories, the January total represented a seasonally adjusted annualized rate of more than 400,000 units, the highest such total since the spring of 2006. Shipments this January were 6.5% greater than a strong final month last year, holding promise of further gains ahead. Improved consumer confidence buoyed by an improved general economy, increasing consumer discretionary income and low interest rates have all been credited with providing an enhanced environment for RV sales. 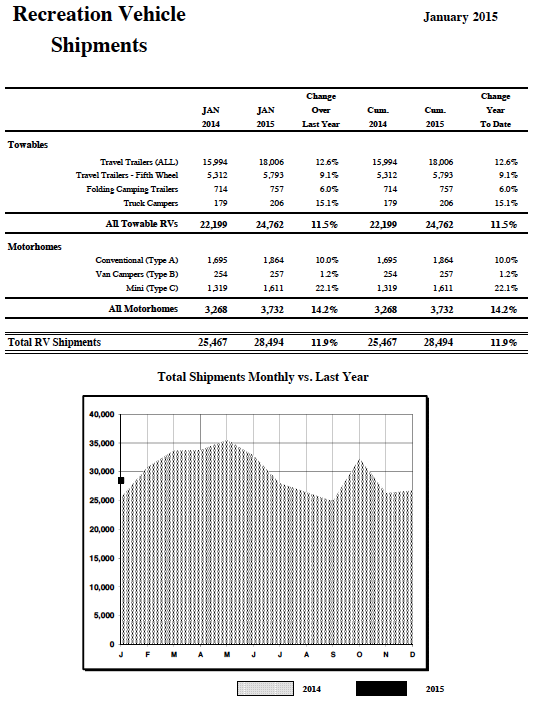