RVIA: Shipments Dip in May; Up 6% Year to Date

Wholesale shipments of all RVs were reported at 33,467 units in the May survey of manufacturers, 5.8% lower than a year ago. Despite the year-over-year dip, May represented the fourth consecutive month this year in which shipments topped 30,000 units.

Year to date, shipments reached 168,884 units, 6% greater than this same period a year ago. Travel trailers and Class C motorhomes have improved the most gaining 8.6% and 11.4% respectively. On a seasonally adjusted basis, shipments through the first five months this year were at an annual rate of more than 375,000 units, making 2015 the best start since 2006. 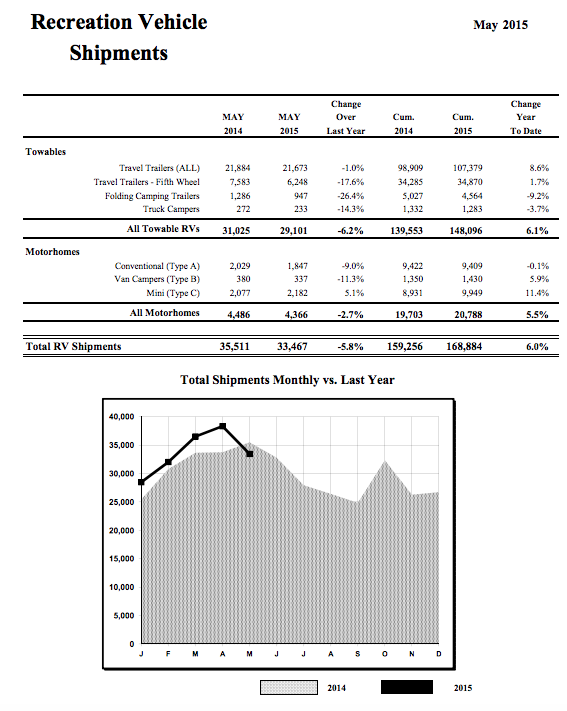