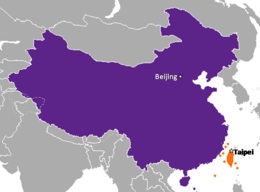 For the first time in the history of the National RV Trade Show, the Recreation Vehicle Industry Association (RVIA) accommodated a large contingent of RV industry representatives from China.

During a reception Tuesday night (Dec. 1) in a Kentucky Exposition Center ballroom in Louisville, Ky., approximately 90 Chinese delegates networked with some of the major U.S. RV manufacturers, according to Jim Sheldon, RVIA chairman.

Tables were set up in the ballroom for the Chinese delegates to visit the U.S. company representatives on a one-to-one basis.

The Chinese brought their own interpreters for the face-to-face event. “Some were more fluent in English than others and sometimes it was a challenge to communicate with the Chinese visitors,” he added.

“Following that, I observed the Chinese visitors revisited the displays on Wednesday,” Sheldon said. “From my standpoint, I had the sense the Chinese are serious about promoting the RV lifestyle in their country.”

Sheldon said he suspects the reception will set a pattern for future shows.

The face-to-face meeting this week was the latest in a series of contacts between RV industry representatives from the two countries. RVIA President Richard Coon and other industry officials have made several visits to Chinese trade fairs and conventions showcasing the RV industry in recent years.