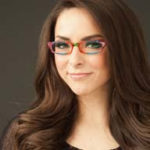 The RV Industry Association (RVIA) will be hosting a panel of expert executives on March 14 during the RVX: The RV Experience. According to a press release, the group will discuss why being on the front edge of change can be advantageous to growing a business.

The session will be hosted by Katie Linendoll, an Emmy Award-winning TV personality, writer, technology expert, global technology consultant and one of the leading women in the field of technology.

Linendoll is recognized by a wide range of audiences for her reporting and frequent appearances as an expert contributor for major media outlets including NBC’s “TODAY” show, “The Rachael Ray Show” and numerous other shows including CNN, HLN, FOX News, The Weather Channel, Popular Science and more.

During her career, Linendoll has also hosted more than a dozen programs and series focusing on technology and innovation, and has also been named a special correspondent at major tech conferences including Comic-Con, the Consumer Electronics Show, E3, Toy Fair and Maker Faire.