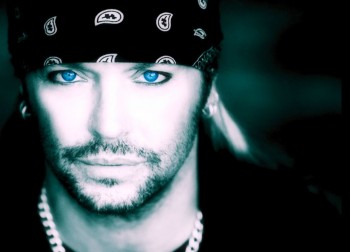 Is there anyone else who has logged more miles in a custom RV than Bret Michaels? Travel Channel has inked a talent deal with the legendary rocker to host the new original series “Rock My RV” with Bret Michaels.

The eight half-hour episode series has been greenlit for production beginning November. Fans of Michaels know him as a long time RV devotee, and now Travel Channel is revealing for the first time just how deep his passion runs, according to a news release.

Michaels, a hands-on enthusiast, leads a hand-picked team of skilled, custom RV designers and fabricators who transform travelers’ ordinary RVs into the most outrageous, badass, hooked-up mobile mansions on the road. The series is slated to premiere in 2013.

“For the past 25 years, Bret Michaels has spent at least nine months out of the year in a tour bus that he personally designs from top to bottom,” said Andy Singer, GM, Travel Channel. “We couldn’t think of a better front man than Bret for the series. He lives and breathes life on the road and undoubtedly holds the record for most hours logged in a custom coach. Bret jumped at the chance to share his passion for travel and the RV experience through this fascinating, obsessive world of customizing RVs. We wanted him, and he wanted to do this – it is a great partnership.”

“Between touring and traveling, I spend a lot of time on the road and my tricked-out, custom coach is my home away from home,” adds Michaels. “I crisscross the country and live in my tour bus, and I know how to take an RV from ordinary to extraordinary. I can’t wait to put my expertise to use and show people how to make their RVs rock.”

As a musician and TV star, Michaels knows a thing or two about life on the road, touring the world in his own custom coach – outfitted with a state-of-the-art Hi-Fi, Wi-Fi and custom gym, amongst other deluxe amenities. Michaels spent his childhood taking road trips in his family’s Winnebago; and understands just what these vehicles mean to their owners.

TRAVEL CHANNEL (http://www.travelchannel.com) is a multiplatform travel lifestyle brand with the core mission of providing inspiring and compelling programming that takes viewers beyond their everyday destinations, making the unfamiliar familiar, whether it’s around the world or around the block. A dual feed network that is also available in HD, Travel Channel is the world’s leading travel media brand, and is available in over 94 million U.S. cable homes. Owned and operated by Scripps Networks Interactive (NYSE: SNI), Travel Channel has offices in Chevy Chase, MD, and New York, NY. Scripps Networks Interactive also owns and operates HGTV, DIY Network, Food Network, Cooking Channel and Great American Country.