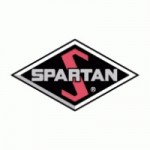 Excluding pre-tax restructuring charges of $1.4 million and a $1.9 million earn-out accrual related to the 2009 purchase of Utilimaster Corp., Spartan posted an adjusted net income of $0.5 million, or 1 cent per diluted share, in the fourth quarter of 2012.

CEO John Sztykiel stated, “The fourth quarter and full year 2012 reflected Spartan’s diversified growth strategy, with fourth-quarter revenues rising 12% over last year and full-year revenues up 10.5% from 2011. We also posted full-year adjusted earnings growth compared to 2011 and a total order backlog that increased 20.0% from year end 2011. Revenue growth was a result of Spartan’s brand strength, new product initiatives and market recovery. In addition to generating revenue growth, we did a very good job of managing operating expenses and the balance sheet.

“Although we posted sales and adjusted earnings growth in 2012, our results also show that we have more work to do on improving operations, particularly the gross margin.”

Spartan closed the sale on 15 of the 16 buildings at its Wakarusa, Ind., complex to Forest River Inc. The company retains one building at Wakarusa, currently held for sale.