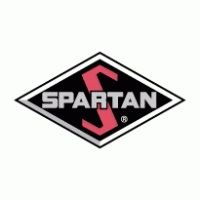 Net income during the period was $1.2 million, or 3 cents per share, versus net income of $0.2 million, or 1 cent per share the previous year while revenue totaled $144.8 million compared to $115.8 million.

The company’s specialty chassis and vehicles division saw higher revenue in all business units, including motorhome and bus which posted sales of $19.7 million compared to $17.8 million the previous year.

The Charlotte, Mich.-based company reported second-quarter gross margin was 12% of sales versus 10.9% and operating income grew to $2.3 million versus approximately $31,000 a year ago.

Spartan CEO Daryl Adams stated, “We are pleased to report growth in revenue and operating profit in the second quarter of 2015. All three of our segments reported improved operating results compared to last year. Operating income for the second quarter totaled $2.3 million, including NHTSA settlement costs of $1.1 million and ER restructuring costs of $0.8 million. Even with these costs included in our results, the company’s performance is moving in the right direction.”