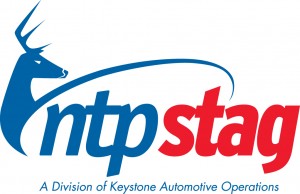 “We’re planning for a big year,” said Keystone Automotive Vice President Joe Santangelo, who heads up NTP-STAG, in the keynote address delivered at The Mirage Hotel and Casino in Las Vegas. “The two networks are coming together well and you’re going to hear this theme of being better together constantly. There are a lot of things about Stag that perfectly complement NTP. This is really a great marriage.”

The combination brings Keystone’s logistics to Stag-Parkway’s customers. “When you control your own trucks, you can take orders later and still get them to dealers on time,” Santangelo said.

He noted that the newly joined distributor network still operates with parts numbering systems from both firms. “We understand the part numbering system’s very important to people. We’ll continue to work toward a solution,” he assured the crowd, saying the company has no desire to alienate half of its client base.

“This really is a home run,” Santangelo said. “We are excited about combining our strengths to benefit our customers. We just won’t stop trying to innovate.”

The joint group’s second show, the NTP Expo, will happen in early February on the other side of the Las Vegas strip at the Sands Convention Center behind the Venetian Hotel and Casino.

Both shows were locked in before the merger, Santangelo said, “and you don’t back out of a convention in Vegas.”

Next year the two trade events will be held together in New Orleans and NTP-Stag expects it to be a huge show, since there wasn’t much overlap in dealer attendance between this year’s two shows.