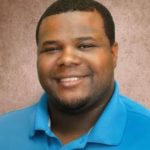 Duncan, will soon be graduating from Indiana University South Bend and will be responsible for assisting with special projects and vendor relations. According to a press release, the Chicago native also studied film design at the Art Institute of Chicago.

“Drew’s unique skillset will add value to our agency as well as our diverse client portfolio,” said Steve Taig, president of TaigMarks.

Duncan most recently worked with a South Bend law firm where he was a litigation assistant. He simultaneously worked on political campaigns through his own company as a niche political marketing consultant. During campaigning, he spent time in Elkhart and became familiar with the city.

“The city has a personality similar to my own. It’s tenacious, the way it bounced back after the recession. TaigMarks is stationed in the heart of downtown and gives me the opportunity to have a positive impact on what the city becomes,” he noted. “In a market saturated with marketing firms, I want to be part of an agency that’s different from everyone else.”

Duncan was chosen to participate in the Emerging Leaders Project through the Indiana Democratic Party. He also spends time volunteering at South Bend Animal Control.