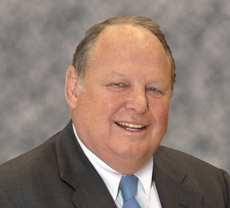 Thor Industries Inc. announced today (July 15) that as part of the board of directors’ strategic succession plan co-founder Peter Orthwein will step down as executive chairman, effective at the company’s fiscal year-end on July 31.

Thor reported in a news release that as part of the transition the board of directors has named Orthwein as chairman emeritus and he will remain an active member of the board. Thor will announce its new chairman before the end of its fiscal year.

“It has been a tremendous privilege to be part of Thor’s growth and to deliver results for our shareholders over the course of the last 39 years,” said Orthwein. “I am thankful to my colleagues at Thor and to the many people I have encountered in our great industry. As I transition into my new role as chairman emeritus, I have great confidence in the future of Thor and our industry.”

Orthwein and Wade Thompson created Thor in 1980 with the acquisition of the then struggling and unprofitable company, Airstream Inc. Driven by its strong record of performance, the company went public in 1984. Since Thor’s inception, Orthwein has acted as the primary architect of its strategic growth strategy, according to the release. Thor is currently one of a few publicly-traded companies that has been in existence for nearly 40 years and has achieved profitability since its inception.

Orthwein has served Thor in various roles including chief executive officer and chairman, and is a member of the RV industry’s Hall of Fame. According to the release, Orthwein’s experience “provides a unique and valuable understanding of the RV industry and its evolving market and he will continue to be an important, strategic member of the board.”

In a unified statement, Thor’s executive management team stated, “Peter has been the heart and soul and architect of Thor’s growth strategy since its inception. He was the central figure in establishing our team in 2012 when our sales were $3.3 billion and net before tax earnings were $180 million. Today, Thor is a Fortune 500 company with revenue of $8.3 billion and net before tax earnings of $633 million in fiscal 2018, its most recently completed fiscal year. Since that fiscal year-end, Thor has acquired one of Europe’s largest RV manufacturers, the Erwin Hymer Group in another acquisition in which Orthwein was instrumental. Today, Thor’s family of companies employs nearly 25,000 employee-partners across the US and Europe.”

“As executive chairman, Peter listened to and provided consistent invaluable guidance to our team. Importantly, anyone who knows Peter recognizes that in addition to his business acumen, he is an incredible person who is as modest and thoughtful of others as he is talented. There should be no misunderstanding of the value that Peter has provided to our company. His continued role as a board member is incredibly important to us. He brings an industry experience driven point of view to our board that no one else can, which will provide essential context as we move forward. We look forward to the next chapter with Peter playing an integral part of our continued success.”