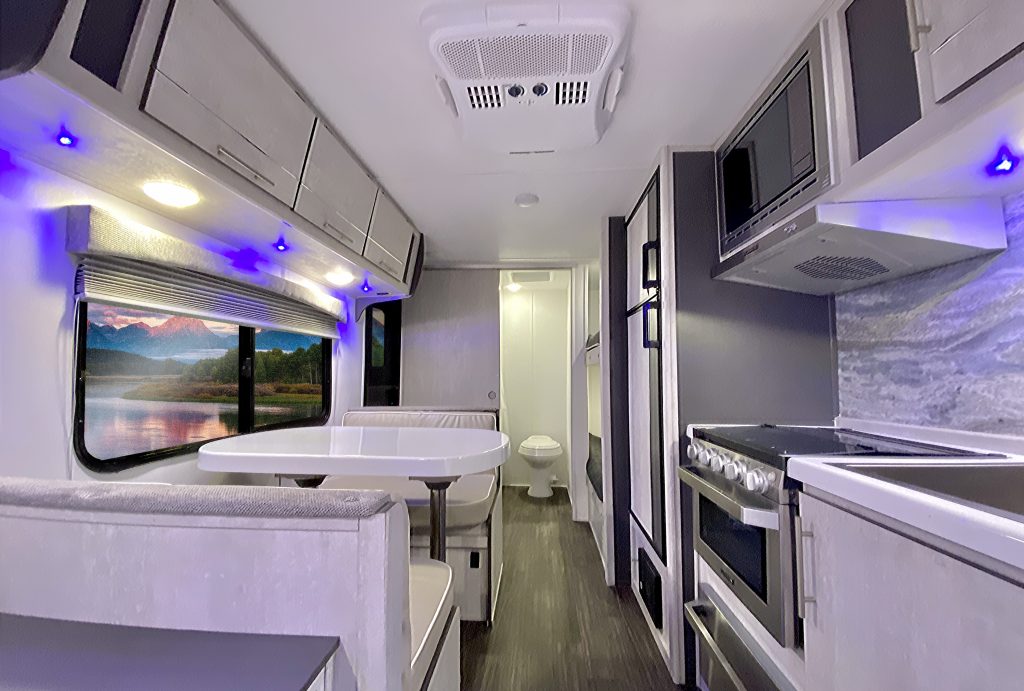 One of the more intriguing news stories at this year’s Florida RV SuperShow, held Jan. 15-19 at the Florida State Fairgrounds in Tampa, had to do with new “Peak 9” truck campers and travel trailers on display at the Travel Lite Inc. display.

“Tampa traffic was super,” Travel Lite President Dustin Johns told RVBUSINESS.com. “We did really well with the retail numbers and signed up some new accounts. We’ve always done really well in the smaller light-weight sector, but we wanted to freshen the product up and come out with something new.”

Perhaps the most interesting aspect to many in the industry, however, was the fact that Travel Lite was there in the first place after the Syracuse, Ind.-based firm experienced a rough financial patch last year — including a lengthy shutdown which is about to come to an end next Monday (Jan. 27) with the restart of truck camper production at the company’s Syracuse location, said Johns.

The Syracuse site is Travel Lite’s sole facility at this point after the firm recently vacated its original New Paris plant. 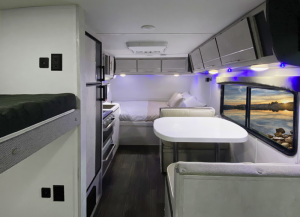 Chief Operating Officer Ryan Rebar told RVB that Travel Lite has put the bulk of its challenges behind it, having settled with most of its creditors and consolidated its manufacturing operations in an effort to regain traction in the marketplace in 2020.

“Just to be straight up with everybody, yeah, there was a time when we didn’t think we were going to be here today,” Rebar said during the Tampa Show. “I mean, we went through a lot of trying times. We made some mistakes in the past and we’ve been 100% up front with it and now we just want to rock and roll. We’ve really got a good game plan moving forward to make sure that this doesn’t happen again. That’s the biggest thing: We had to figure out how we got to where we were (during the shutdown) and how to not get there again.”

Rebar, promoted to COO last October after joining Travel Lite in January 2019 as its vice president of sales and service, said the silver lining throughout this experience is that it gave he and others the opportunity to delve deeply into operations with an objective and discerning eye.

“We’re looking at every aspect of the business – personnel, warranty, service and production with an eye to how we do business moving forward,” added Rebar. ”Now I don’t want this to sound like a spin at all, but it was a good learning lesson. When you start diving into every single department, and with my new position it really opened everything up to me.”