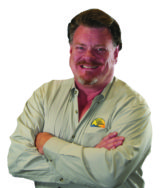 Utility Supply Group has received the 2018 Supplier of the Year Award from the Texas Association of Campground Owners (TACO).

According to a press release, the award was presented April 23 during TACO’s Spring Meeting and Tradeshow at the Lake Conroe / Houston North KOA campground in Montgomery, Texas.

Elliott also volunteers his time and expertise as the National Association of RV Parks and Campgrounds’ representative on the National Electric Code Panel, which sets electrical code requirements for campgrounds and RV parks as well as homes and businesses across the country.

In addition, Elliott serves on the advisory board of the Factory Assembled Structures Advisory Board of the state of Washington and is chairman of KOA Care Camps, the non-profit foundation that sends children with cancer and their families to camps that specialize in oncology treatment.

Elliott was initially trained as an electrician while serving in the Navy and supervised the operation of a nuclear power plant on a submarine equipped with Trident nuclear missiles.

He established USG in 2002 after leaving the military and has progressively grown his company over the past 16 years.

USG achieved its highest April sales figures on record last year, but this year’s April figures were a close second and are being fueled in part by the construction of new campgrounds, especially in Arizona, Nevada, Florida and Texas, Elliott said.

Elliott said many campgrounds remain “woefully underpowered” and need to update their electrical equipment, particularly those that are not members of state or national campground industry associations or major franchise chains. Most of those parks that are underpowered haven’t kept up with the growing ‘electrification’ of modern RVs, he said.

For more information about USG and its product offering, please visit www.go-usg.com.