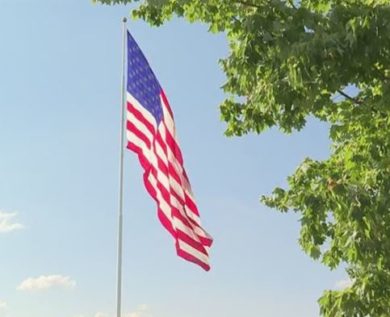 Veterans gathered at a Statesville City Council meeting on Monday (Aug. 19) to speak and show their support of the massive American flag flying over Gander RV.

As reported by FOX 46, they’re calling this issue an embarrassment and the black eye of Statesville. They continue to plead for a compromise, asking Statesville City Council to let the giant American flag fly over the interstate and outside Gander RV.

“The size of that flag is small in comparison to the sacrifices that’s been made to keep it waving,” one neighbor told FOX 46.

“No matter what size it is, it ought to be flown,” said another.

Earlier this summer, the city of Statesville filed a lawsuit against Gander RV over the flag because its size violates city ordinance-after much back and forth city council voted down a compromise.

“They’re trying to say the flag is an advertisement or banner. It is not. It’s a flag that stands for our country and it should be honored,” Sonny Deal said.