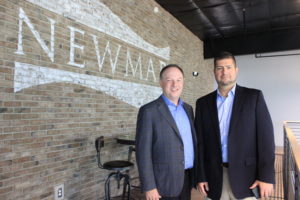 Winnebago Industries Inc. reported today (Nov. 8) that it has completed the previously announced acquisition of Newmar Corp. According to a press release, consideration paid included $270 million in cash plus 2 million shares of Winnebago Industries common stock.

“The acquisition of Newmar further strengthens our core RV platform and enhances the scale and profitability of our overall motorhome business,” said Winnebago President and CEO Michael Happe. “We are excited to welcome Newmar into our premium portfolio and look forward to working with their dedicated and talented team and high-quality dealer network to drive new growth opportunities and significant value creation for our employees, customers, and shareholders.”

A Class A and Super C motorhome manufacturer, Newmar’s 1,060 employees and manufacturing and customer service facilities in Nappanee, Ind., join a Winnebago company that currently boasts some 4,600 employees working at nine campuses in five states, including four in Iowa, two in Indiana, one in Florida, and one in Oregon with an executive office in Minneapolis, Minn. Among those operations are Grand Design Recreational Vehicles, acquired in 2016, and its Winnebago-branded towables division, both located in Middlebury, Ind., as well as Chris-Craft Corp., the Sarasota, Fla.-based recreational boat builder acquired in 2018.

In an interview Sept. 16, the day the pending acquisition was announced, Newmar President Matt Miller, whose family had owned the 51-year-old company since his father, Mahlon, had purchased it outright in 1990, said his family was “excited to see this happen” and that it was always their intention to sell the company.

“When we went into this we wanted to find someone who was aligned culturally with what we do and how we do it because my family lives in this Nappanee community and it was very important to us. Winnebago has a long, good history of taking care of their customer. I grew up in the industry and I remember when I was a little kid every motorhome was a Winnebago and we’d be fighting against that perception and trying to get our fair place in the marketplace. But we’ve always respected Winnebago and think they’ve been a great company,” said Miller, who will reman as Newmar’s president. He will also become a vice president of Winnebago, and serve both on Happe’s executive team and as a strategic advisor to Winnebago’s Class A motorhome operations.

“It’s a great moment for Winnebago Industries and I’m confident that over time it’ll be a great moment for Newmar as well,” Happe added at the time. “These are two companies whose paths have run parallel for many years in terms of their legacies. Both today are known for taking care of the customer, for making high quality products, being innovative over the years and delivering unique solutions — and really taking care of their employees as well. And so, even though the companies are based in two different states and certainly have their own unique histories, in many ways, they’ve run similar paths to where we are today.

“I think it’s a coming together of two companies that fit strategically,” he continued. “We very strongly feel that they fit culturally and, I believe, financially for Winnebago Industries. As a parent, it’s a very accretive opportunity.”