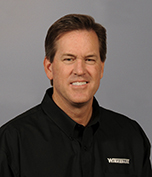 In response to a sustained uptick in towable sales, Winnebago Industries Inc. recently announced plans for a $12-$13 million expansion on around 30 acres of acquired farmland adjacent to its operations in Middlebury, Ind., near the Michigan state line.

“The bottom line is that we just outgrew our production facilities,” reported Scott Degnan, vice president and general manager, towables business, noting that Winnebago was currently operating in facilities acquired from Sunnybrook RV in December of 2010. “We rebranded our entire line and consolidated all our units under the Minnie badge, which went into effect in September of 2017. Since then we have begun to see a 40% to 50% month-over-month, year-over-year, increase in sales. This expansion will increase our capacity by around 40% and also provide the opportunity for future growth.”

The first phase calls for construction of a new manufacturing plant along with a dedicated lamination building targeted for completion in November or December.

“We will double our geographic footprint with just under 200,000 square feet of additional space,” Degnan told RVBUSINESS.com, adding that the town of Middlebury has been very cooperative throughout the whole process. “A second phase will add one or two more buildings and we’ll just expand from there.”

In the big picture, the move represents a heightened focus for Winnebago on its towable business. Degnan pointed to a directive issued by President and CEO Michael Happe, a former Toro executive who joined the company in January of 2016.

“Mike identified the biggest opportunity for our brand, and the company, was in towables,” he said. “When Winnebago purchased Sunnybrook, I’m not sure there were any plans to expand. We wanted to get into towables and then left it alone for several years.

“We essentially were insignificant in the market,” added Degnan, who took over the Middlebury towable operation in mid-2016. “Mike wanted to make us relevant. He adopted a two-prong approach. The first was through strategic acquisition which was accomplished when we purchased Grand Design. The second part was to change the direction in our towable strategy. He wanted to establish a separate identity with our dealers, and consumers, who had perceived us as a motorized manufacturer.” 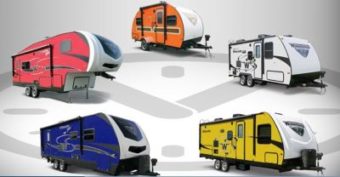 The across-the-board restructuring has effectively streamlined the company’s product offerings while also leveraging Winnebago’s significant brand recognition in the marketplace.

“The result was that we are generating 50% more sales with 60% fewer models,” offered Degnan. “The main reason we did it was for our dealers, who have really rallied behind the new direction. We wanted to be easier to do business with. We didn’t really have a story and it was a confusing message to the market and our dealers.

While rolling out the new lineup, Winnebago has also taken a new approach toward building its towable dealer network.

“We wanted to become more important to our dealers,” Degnan said. “Before we had multiple dealers in a market — one selling trailers, another fifth-wheels and another selling toy haulers. It was very confusing. We had to clean all that up.

“Now we partner with dealers we believe best represent Winnebago and we are working hard to become a more significant part of their business. We also don’t offer clone products. We have one product per segment. Right now, our dealer body consists of around 175 physical sites, and around 145 total dealers if you figure in companies with multiple locations.”