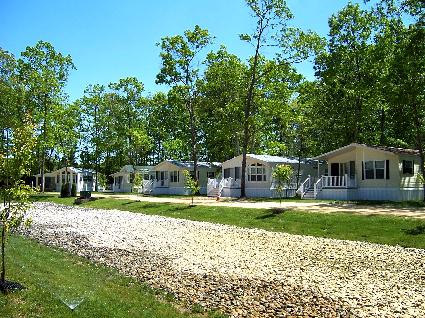 Residents of a Woodbine, N.J., campground want the borough’s governing body to change its rules to let them live in their park model trailers year-round.

The residents of Carol Lynn Resorts, who were grandfathered in by the Department of Community Affairs (DCA) after one of its regulations could have caused their homelessness, are faced with one more hurdle before they can reside in their park model trailers yearly, according to the Cape May County Herald.

Early this year the DCA announced it would start to enforce regulations limiting the amount of time campers could reside in their trailers to just six months, due to electrical concerns.

Sen. Jeff Van Drew (D-1st) worked with the campground residents and the DCA to mediate the issue as he was troubled a state regulation intended to protect the public could in fact cause senior citizens to become homeless.

“It’s not an exaggeration, it’s not an embellishment to say that there would’ve been individual senior citizens who would’ve been homeless with nowhere to go if this had happened,” Van Drew said in an interview with NBC 40. “It’s just not right.”

On July 31, Van Drew met with Carol Lynn residents at his Millville office to deliver the DCA’s resolution to the problem.

“The Department of Community Affairs has agreed that this regulation, whether it’s six months, eight months or nine months, would apply only to new trailers that are currently coming or would be coming into the park,” explained Van Drew. Which was taken to mean residents who have lived there for years, some decades, can go on as they have been as long as they abide by Woodbine’s ordinances.

Woodbine’s ordinance restricts the amount of days “campsites” can be occupied to 21 days during any 30-day period after November 1. In winter months, residents would still be homeless nine days out of every month until April 1.

According to Mayor William Pikolycky, the ordinance was as broad as they could have made it in line with state laws. Pikolycky says no one was enforcing the ordinance or even checking to see how many days people were staying.

“It’s an honor system kind of situation really, people are expected to follow the law, I didn’t even know so many were actually residing there full time until they came to the meeting and said so,” he said. Pikolycky says he supports having the campers because they contribute to the economic stability of Woodbine and he doesn’t want to see any of the residents homeless.

The residents in addition to asking for Van Drew’s help have also retained representation from Legal Services of New Jersey. Legal Services have helped the residents form an association that they are incorporating this week, according to Darren Kirsch, 47, who was elected president.

Kirsch and many of the residents came to the Oct. 1 meeting to formally request Woodbine to change its ordinance so they could reside at the campground year-round. Councilman Clarence Ryan asked Borough Solicitor Paul Baldini to research what changes could be made.

Ryan said after the meeting he felt the borough relied on state regulations to write the current ordinance. And since the state had changed their regulations to grandfather in the current residence he feels the Woodbine ordinance should now be updated to “mirror those changes.”